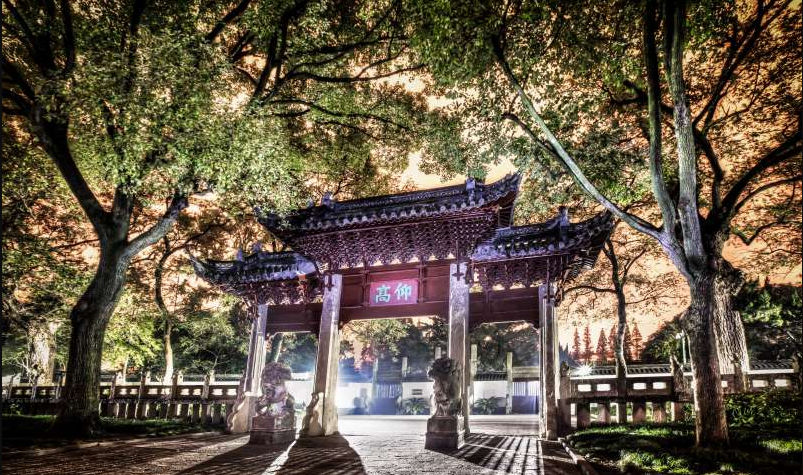 What did Confucianism teach? In the Great Teachings, it is emphasized to create order in society. In line with this, Confucius also regulates relationships between humans in the Wulun Principle (五 论) which means the five norms of decency in society that regulate the relationship between:

Here, a younger person in age or social status must be respectful and loyal to his elders either in the family environment, society, or at the state level, including respect from the living to their departed ancestors. Likewise, the senior or superiors must be fair and wise and pay attention to the fate of their subordinates or juniors.

Self-processing requires self-correction. Humans must be sincere and truthful when dealing with other people. Besides that, humans also have to expand their knowledge to the highest level.

Confucius and his students taught how human beings should be moral and how rulers must be very moral to be able to rule and govern their people, have a sensitive sense of the social and economic needs of their people.

What were Confucius main ideas?

Confucianism aims to educate and emphasize that humans can serve the state and society. To understand Confucius’ teachings, it is necessary to understand the Book of Daxue (Great Teachings), which contains teachings on ethics, namely ethics in the family, society, and the state.

The Great Teachings are at the core of Confucius Teachings to educate and develop human achievement. In order to attain the highest knowledge, the ruler, leader, and educated person must create order in their respective areas.

In order to create order in society, they must be able to organize their own families. To do all these things, humans must first be able to cultivate themselves.

What are the symbol of Confucianism?

What is special about Confucianism? Confucianism has played a significant role in Chinese history and shaped Chinese history itself. Confucianism, as a philosophical idea that emphasizes social order and ethics for thousands of years, has taken root and merged into one of society’s institutions.

Confucian values ​​are deeply rooted in every important ritual in families and kinship groups. The basic structure of the family from the jia 家 (family) to zu 祖 (clan) was the basis of the success of Confucianism. The whole life and behavior of the family, customs, rituals, and social networks of society are integrated into the political, economic, and social institutions of Confucianism organized according to the Great Teaching.

Confucianism, which emphasizes self-cultivation at the personal level, has survived for a long time and is respected and has spread to all levels and remains in modern Chinese society.

Confucianism contributes to modern society in terms of moral feelings, Confucian ethics emphasizes the person or self as the center of all relationships (wulun). This philosophy does not emphasize individuals’ rights but on the responsibility of individuals in society. Confucian traditions can make significant contributions to world unity and harmony (天下一家 tianxia yi jia).

What did Confucianism focus on? The essence of Confucius’ teachings lies in the ethics and morals that govern relationships between humans according to their respective status.

By guided by praiseworthy characteristics, we can overcome the chaos in society, and in turn, the state can return to peace and order. At the governmental level, Confucius called for every ruler to act based on humanity (Ren) and justice (Yi) so that his people would still be loved and obeyed.

Anyone who can behave in accordance with the moral guidance in Confucius’ teachings then they can become Jun-zi (Gentleman/wise person), and vice versa for those who always deny it is called Xiao-ren (not wise person).

Why is Confucianism bad? Confucianism is bad as long as it doesn’t really touch the spiritual realm of human existence. Confucian teachings only teach about how people should behave in social relationships to maintain a peaceful and orderly society. Confucius specifically avoided talking about the supernatural even though his core thought demonstrated belief in God.

Basically, Confucianism does not mandate religious belief but regulates secular behavior, so it is often (unfairly) used as a political tool to justify rulers’ tyranny over its people. In other words, Confucianism had no gods, so the rulers themselves often thought of themselves as gods.

It is a universal love that is not selfish but concerned for others. We can start this love from the smallest scope, namely family. When a younger brother can love his brother, a child is obedient to his parents, and then automatically, he will cultivate a noble character that he will bring up until he grows up to enter the community.

Namely the truth or the sublime person. This virtue requires people to live in truth. When the truth is no longer upheld, there will be an unpeaceful life. The law is bought and sold, the violations that are happening more and more, destroying harmony in people’s lives.

We also have to be able to distinguish between right and wrong and align it with our attitudes and behavior so that we can realize a sense of justice. By understanding justice, we can eliminate all bad aspects that exist in our hearts to be brave and firm in facing this injustice. This virtue also encourages us not to sacrifice public interests for personal gain.

Li can be interpreted as decency, courtesy, a sense of ethics, and manners. This virtue regulates a person’s manners in attitude, which we can make as guidelines and boundaries in society and make us someone who has good integrity.

We have to pay attention to every norm that applies in life. For example, in a family, husband and wife can live with mutual respect; in a work environment, a boss can provide an example to his subordinates, a subordinate can correct his mistakes, and so on. This attitude will make humans respect each other so that we can avoid conflicts.

After a person lives with love and truth and obeys the existing norms, zhi (智) or wisdom is something that everyone, especially a leader, must own. Because the leader is a role model for every subordinate, he leads.

If the leader acts unkindly, then his subordinates will act accordingly so that an attitude to uphold the truth and wisdom is absolutely essential for a leader to have.

A wise leader must be able to think long and consider well all the possibilities that will occur so that he can get the best solution to every problem at hand.

Xin can be defined as honesty, trust, a sense of trust in others, keeping promises, and keeping commitments.

Trustworthiness is the very foundation of all human relations in the world. Likewise, a good government gets the trust of its people. In order to gain the trust of the people, of course, the government must have trustworthy officials.

Where is the temple of Confucius in Shanghai For those interested in learning more about Confucianism and its teachings, this temple is a place not to be missed. This place has an ancient and long history. After arriving at the location, you will find an old building that gives a historical and dignified impression that this shrine building has.

It took 30 years to build this temple, starting in the 12th year of the Southern Song Dynasty’s Jiading reign (1219). In the following 800 years, the temple with about 1.13 hectares underwent ten major renovations during various dynasties. Until now, this Confucius temple is still well preserved.

Due to its historical value, since 1962, the Confucius Temple in Jiading has been registered as the Shanghai Municipality Protected Historic Site. This temple is located on the north side of Wen Miao (Wen Miao Lu) Street. When you arrive at the Wen Miao Confucius Temple, you will find 3 parallel lines that stretch from south to north. The first (westernmost) route is for public worship and sacrifice; the middle track is devoted to scholars and studies; and the third path is dominated by nature, the nature that decorates this shrine.

You can do many things in this temple. You can visit the Da Chang Hall, which contains a seated Confucius statue carved from a camphor tree, flanked by his favorite musical instruments, drums and bells. The walls of this hall are decorated with stone tablets engraved with the entire text of the Analects, a collection of Confucius teachings compiled by his students.

8 Places To Make America Great Again This 4th of July

How To Pay Bills In Shanghai

How to Get Married (and Divorced) in Shanghai