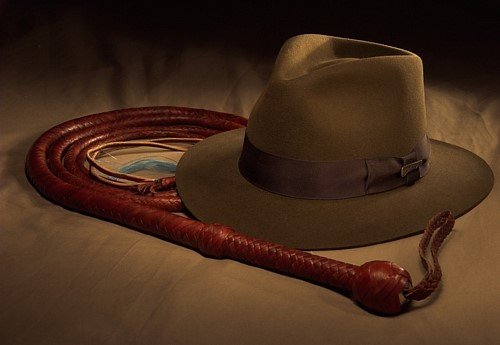 In a quiet corner of Shanghai’s former French concession, one building draws the eye. Stand in front of it, and you’d be forgiven for thinking that an enormous ship was chugging its way up the city streets.

The Wukang Mansion has been home to many famous characters over the years, including artists, movie stars, directors, and more than its fair share of ghosts. (The building is said to be so haunted that it makes the Wikipedia list for buildings that are said to be haunted.) Indiana Jones was an archaeologist, but perhaps he should have been an architect. For one, it’s slightly easier to spell. But most importantly, it would be a fitting tribute to the story of one of Shanghai’s greatest 20th century expats,László Hudec.

Slovakian / Hungarian by descent,László Hudec was born in 1890, in a town which took me 35 minutes to spell, before I just copied and pasted it. Besztercebánya. That was easy. Let’s do it again. Besztercebánya. So, Besztercebánya is in Slovakia, which back then was part of the Austro-Hungarian Empire. When the First World War broke out, László Hudec joined the army. In 1916 he was captured by the Russians, who wanted to take him to Siberia. They failed to realise they were dealing with the man who would’ve inspired Indiana Jones, if, again, Indiana Jones was an architect.

Hudec escaped the Russians on his way to a gulag in Siberia. As if disappearing of a prison train under the watchful eye of hardcore Russian gulag guards wasn’t enough, he whipped up a series of fake identities and, with his fluency in several different languages, eventually made his way into China and down to Shanghai, where he established himself as an a̶r̶c̶h̶a̶e̶o̶l̶o̶g̶i̶s̶t̶ architect and went on to almost single-handedly define the look of Shanghai’s Art Deco.

Hudec completed the Wukang Mansion in 1924, though back then it was called the Normandie Apartments, which was followed by even grander accomplishments such as the Park Hotel on Nanjing West Road, once the tallest building in Asia.

Hudec died in 1958, after enjoying a prestigious few years as a professor in California, presumably having arrived there on his quest to make his obituary the longest in the world. His troubles were over, but for the residents of the Wukang Mansion things were just beginning. An early resident of the Wukang Mansion was Wang Renmin, a 1930s film star known as the Wildcat of Shanghai. Her eyes may bring to mind a vintage ‘crazy ex-girlfriend’ meme, but she lived before the days of 9gag, and Chinese boys were entranced.

Wang Renmin’s most famous role was in the 1934 film, Song of the Fishermen (raunchy.). There she played a wholesome but sexy country girl, which would become a staple of Chinese and Hong Kong cinema.

Then, in 1937, she made the mistake of getting married. Once ‘off the market,’ it was believed that the lusty audiences would no longer find her so appealing. Perhaps audiences in the 1930s were far pickier about their celebrities than we are today, or at least the studio executives thought they were, bless them. Anyway, her career faltered and she moved up north to Beijing, where she ended her days in relative obscurity. Marriage may have been the downfall of Wang Renmin, but it was an alleged affair that helped to bring down a still more famous actress, Shangguan Yunzhu, during the height of the Cultural Revolution.

Shangguan Yunzhu was the darling of Chinese propaganda films from the 1940s through the 1960s. She’s a huge deal, considered one of the most significant actors in the country’s history.

She was also rumoured to be a mistress of Mao Zedong. They were said to have met ‘in private’ on many occasions, and Jiang Qing, better known as Madam Mao and the driving force behind the infamous Gang of Four, is thought to have been hounding her to confess the suspected relationship.

At 3am on the 23rd of November, 1968, Shangguan Yunzhu threw herself to her death from the balcony of her final home, thought to have been the Wukang Mansion (at that point renamed the ‘Anti-Rightist Building’ in true Red Guard fashion).

Forty years later, an expat resident of the Wukang Mansion reported that Shangguan Yunzhu’s ghost was supposedly haunting the building, reliving the final, terrifying moments of her life in a never-ending loop.

The story was widely circulated on the laowai internet, gaining international attention, and contributing to the mystique of the building.

Unfortunately, a bit of digging (with the help of a writer involved in the original story) seems to show that in fact, Shangguan Yunzhu most likely wasn’t actually living at the Wukang Mansion during her final years.

It seems more likely that she met her end a few blocks away, on Gao’an lu. I suppose it is possible that her ghost simply got lost…

Haunted or not, there’s no doubt that Wukang Mansion and the many lives it encountered have a story worthy of the telling. The building survived the Chinese civil war, the Cultural Revolution, and even the closing of Yongkang Lu.

So what if László Hudec wasn’t really Indiana Jones, Wang Renmei wasn’t literally a cat, and Shanguan Yunzhu’s ghost took the wrong exit from the metro. The Wukang Mansion has stood in Shanghai for almost one hundred years, and, provided it doesn’t get knocked down, we’re hope that its story is just getting started. 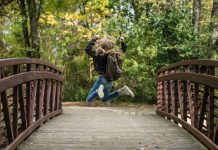 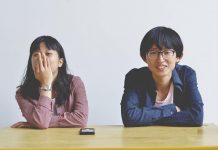 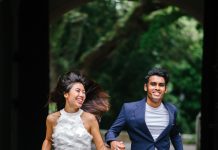 5 reasons not to be single this winter