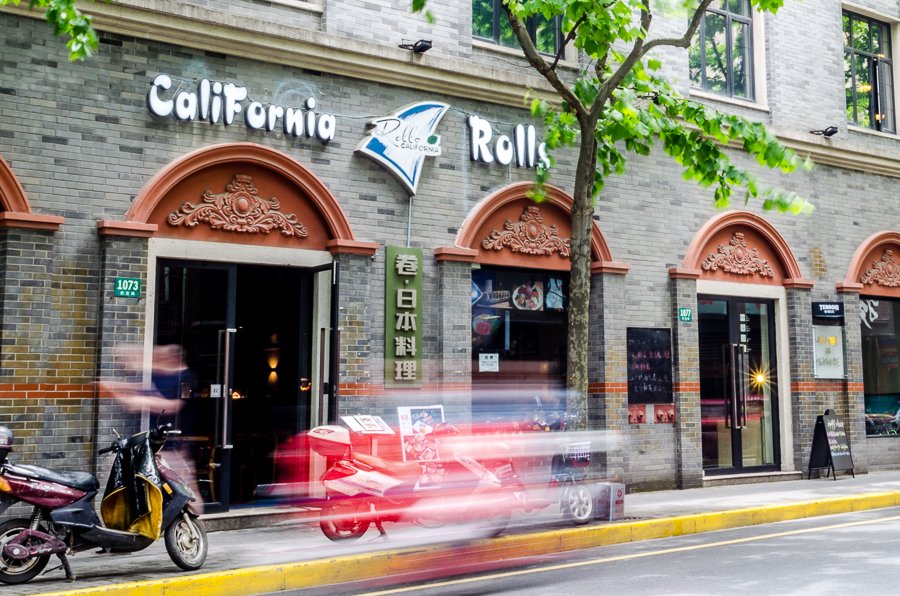 In the inevitable tug-of-war between openings and closing that is the Shanghai F&B epic, entire streets can rise and fall. It happened to Màomíng Road, the burgeoning scene at Dànshuǐ Road, and rumor has it that Yǒngkāng Road is next. But fret not, friends, there are plenty of roads that remain bastions of… well, we were going to say good taste, but Nányáng Road is on here, so let’s just say bastions of a good time for whatever kind of person you are.

We’ve picked 5 streets based on our own experiences and preferences, but we’re interested to hear which streets you guys hold dear in your hearts. Maybe you know one that you feel more people should know about. Let us know in the comments!

Without further ado, here’re 5 awesome Shanghai streets for food & drink that aren’t getting shut down (yet.)

Located just under the fluorescent lights of the North South Elevated Road, on the northwest corner of the intersection with the Yán’ān Middle Road, there’s a short street that’s nearly as packed as Yǒngkāng. Urban Thai, Masala Art, The Little Huia, Planet Kebab… and that’s just one side of the street. In terms of drinking holes, you’ve got your standards like the outpost of the Le Café des Stagieres, but also places like Bar Gatsby (does a mean Moscow Mule) Park 91 Club (will scratch your pub-craving), Nova, Pinthouse, which does bagels, hot dogs and Zapfler, and the newest iteration of Duoduo’s. It doesn’t have the same sense of community that coagulates on YKL, but it’s got everything you need, and it’s way easier to get a taxi. Wǔdìng Road is a long one, but we’re going to focus on the stretch around Yánpíng Road and Jiāozhōu Road. Definitely a classier stretch of pavement than some of the others on the street, that crossing might not have the same “bar street” vibe, but it’s jam-packed full of awesome venues. Want a burger? Munchies and Grinder. Want a drink? Enoterra, Malabar, Revolucion Cocktail 2.0. Heck, you want sushi? California Rolls. Incidentally, as if to prove that Wǔdìng Road is as hip as its unrefined sister-streets, California Rolls is organizing a block party this Friday in cooperation with Malabar, Revolucion, Wattz and Hunter Gatherer. They’re having food and drink deals from 4 PM till late at all those venues, so it might be a good time to head over there and see if Wǔdìng isn’t the kind of place you’d like to hang out at more. This isn’t exactly a drinking street, but grab a coffee in La Maisin Gourmande on the open terrace, try some Yunnan Food at Mia’s Yunnan Kitchen. Boom Boom Bagels and Baker and Spice are pretty close together, and there’s a sweet little café called Amokka Café that has decent food too. You name it, Ānfú Road has it. Every student from Fùdàn or Tóngjì knows this street. The name speaks for itself, it’s located 5 minutes’ walk from Fùdàn University. It’s not very long and quite narrow, but it’s like the Yǒngkāng of Wǔjiǎochǎng. One of the most popular restaurants, Pancake Day, is famous for its American pancakes. There’s also a tiny beershop where you can find more than 100 types of imported beer (most of them are Belgian). And there’s a Wagas, as well as some neat Chinese restaurants, for when you need to fill your belly before the drinking begins.

Oh, boy, Nányáng Road! This place has its own… unique charm. You’ve got a branch of sports bar Big Bamboo, which is a fairly decent spot for a bigger gathering. The Spot used to be at the end of the road, till it moved a bit further down. There’s AuraCoolzey, in case you’re looking for Italian, and right next door, there’s Manhattan. Oh boy, Manhattan. Try it for yourself, but consider bringing protection. By which we mean a responsible friend who’ll help you make intelligent decisions with your life.

So those are our choices for 5 great F&B streets that aren’t getting shut down anytime soon (we hope)! We know you won’t agree with some, but that’s what makes this city so great, there’s a little something for everyone. So why don’t you let us know what your favorite street is in the comments?

Qigong Certification: All You Need to Know About it

Every Bloody Halloween 2016 Party Happening in Shanghai (Just About)