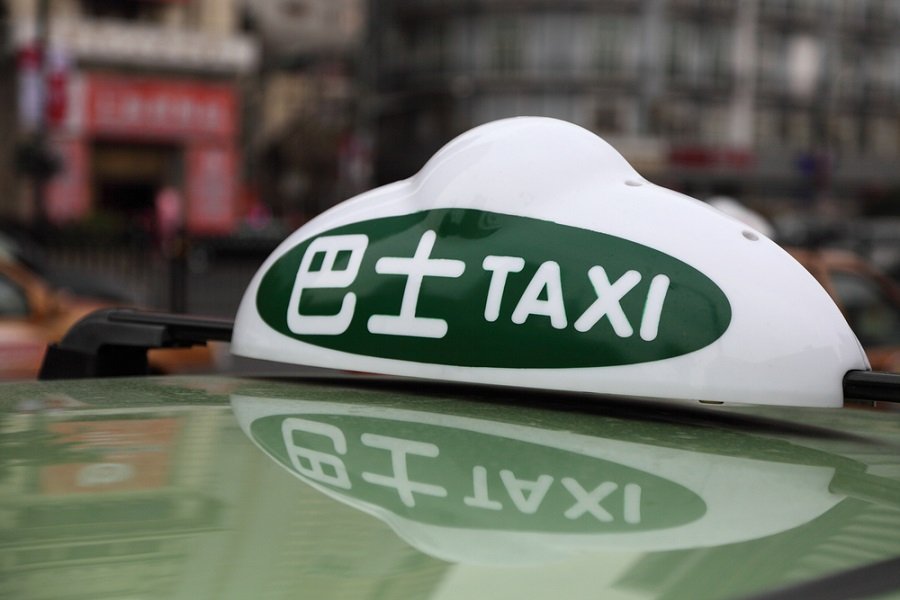 The subtitle for this article was going to be “why won’t the taxi stop when the light is on and you’re clearly waving your hand like there’s a particularly stubborn bee on your finger.”

Taxis in Shanghai can be a frustrating source of nerves. Maybe you’ve stood for what seems like forever as cab after cab passes you by, or you’ve mistakenly gotten one at rush hour because you thought it’d be faster than taking the metro, only to agonizingly tick away the last few seconds to your pressing appointment while stuck in traffic on the elevated road.

We sat down (in a taxi) to talk to a Real Shanghai Taxi Driver, and he told us everything we needed to know.

And now we’re laying the knowledge on you.

1. Hail a cab at the right intersection More traffic from multiple directions. seems like a no-brainer, right? Careful, though. It depends on which crossroads you’re at.

For example, a lot of roads in the Former French Concession are one-way, so you’re better off walking a bit further and finding another intersection with multiple lanes. Shanghai’s got some huge, six-lane intersections, too, but if the “intersection” is a single road feeding into the big one, there won’t be that many cabs willing to pick you up; they probably already have a fare and are looking to get out onto a bigger road.

This one has worked for us in the past, but our Real Shanghai Taxi Driver said that if you’re hailing a cab from a roadside bus station, they’ll assume your home probably isn’t that far away and keep looking for a better fare. So we recommend looking as much as possible like you’re miles from home. A pleading look in your eyes, a frayed map clutched in your hands, tears, and whimpers if possible, unless the driver thinks you’re giving him attitude, in which case, well, you’re already at a bus station, can’t you wait a bit longer?

3. Hail a cab far from the Shanghai metro

You might think that the busiest metro stations will also have the most taxis waiting outside, and you’re right, but they’ll also have the biggest crowd of people willing to elbow you in the throat to get one of those elusive Shanghai taxis. So don’t try to get a cab at Lujiazui, or Xujiahui, or People’s Square, or the Railway Station or wherever there are heavy tourist and migrant worker traffic. Take the metro one stop further on, and try there instead.

4. Learn to spot the busy taxis Ever wonder why there seem to be some taxis in Shanghai that just zoom past you, even when the little roof light is on? It’s infuriating, isn’t it? Here’s the skinny from our Real Shanghai Taxi Driver; if the roof light is green, and the light inside the cab is on, too, the cab is free. However, if the roof light is red, it means that the taxi is reserved by someone else. Alternatively, if the roof light is green and the inside meter is up, with the light off, it could mean that he’s on his break, getting some lunch or chatting with other taxi drivers in their secret taxi driver code language. So don’t try and flag those taxis down. Well, you can still try, sometimes this “rule” seems more like a “guideline.”

Okay, that’s complicated, we know, but the most important thing to take away is this; ignore your feeling of impotent rage as a taxi with some assortment of lights on drives past you, lights shining merrily, like they’re laughing at your misfortune. It’s probably not because they don’t like the look of your face; they’re either reserved or on their way to get some dinner. It’s nothing personal.

5. Get the contacts of local drivers

This one might take a little research and a bit of smooth-talk, but did you know you can contact drivers directly if they work in your area? Chinese commuters do it all the time. You can totally do that too! Our Real Shanghai Taxi Driver said that other drivers might be a bit hesitant to hand out their details to laowai because they expect awkward communication and unreasonable demands for pickups miles away from their operating area, presumably Yongkang Road. But if you know your area well enough to spot your regular day- and night-shift cabbies, and you can communicate with the driver in a friendly manner, you might just be able to have a few of your local taxis on standby…

6. Order a taxi on your phone If the idea of having a cabdriver see your WeChat moments freaks you out for some reason, try using Didi Chuxing to order a cab, a real cab, with a Real Shanghai Taxi Driver, a chain-smoking world-weary road warrior, not a pasty-faced teenager who watched a 15-minute video and is now a certified didi. WeChat has an option to use the service via your WeChat Wallet. If you’d prefer, you can be super old-school and just call the hotline at 12580. So maybe you’ve had enough of taxi drivers. Arrogant, self-centered scourges of the road. They point and laugh at you as they drive past to pick up better, more attractive people just down the road from you. They deserve to go out of business. Uber and Didi Chuxing are the two primary ride-share options in Shanghai. Didi Chuxing (the “P Diddy” of ride-sharing serial rebranders) offers both cab and ride-share options, and while Uber is facing all kinds of trouble from the government, you can take advantage of it while it lasts. But this is an article about hailing down taxis, so we’ll do our Real Shanghai Taxi Driver a solid and give you a platform for his personal take on ride-sharing.

“Don’t bother. Uber is already dead because they don’t have to take exams.”

Of course, he would say that.

How to Take A Bus in Shanghai for Dummies