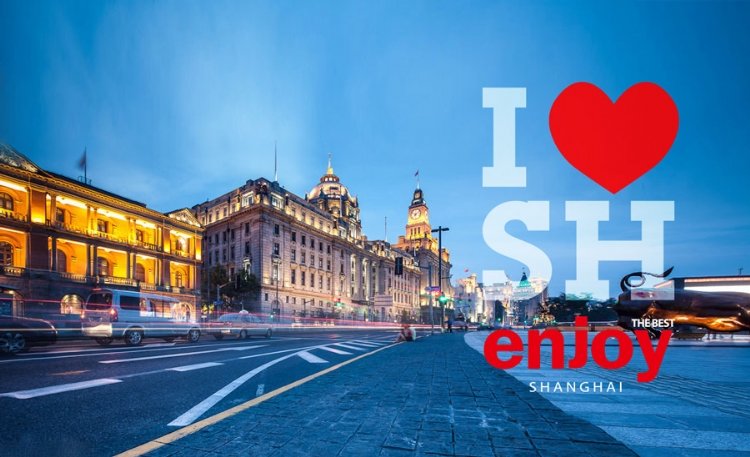 In Shanghai, everyone gravitates here for a reason. Sometimes it is an opportune moment and for others, it could be that the beer is cheaper than back home. There is a whole spectrum of people with their own stories to tell about why they love this city and remain here as it grows to be one of the biggest and most prosperous places on the globe.

A person, a feature, a feeling, a building, a figure, a chance meeting; maybe part of the reasons why you perhaps love this city. As a native of Shanghai, my feelings can not be summed up into two or three words. There are endless dreams here that can be achieved with perseverance and a positive attitude in order to express the possibilities this city has requires more words.

I studied in Japan for four years but my home will always be in Shanghai. This is the city where I have spent my formative years and have defined who I am today. As a professional model in Shanghai, this city has given me a fantastic platform. Allowing me to participate at major international automobile shows, fashion weeks and to be featured for a number of brands. Shanghai has countless reasons to be loved but personally, the main reason is that Shanghai has blossomed out of a difficult time into magnificence!

I am a filmmaker based in Shanghai and of course, my roots are in this city. It is the city that has defined me I have recently made a documentary about The Last Golden Lotus which has taken me all over the world especially Berlin. I love to live between Shanghai and Berlin, both cities are a complete antithesis. Berlin is a very artisan and non-commercial place. Essentially I am born Shanghainese and I love the soul of the city but inside I am an artist that fits in more definitely with the Berlin scene; a fashionista might go to Shanghai and an underground player who likes the alternative may choose Berlin.

About 2 years ago I founded 4C (Children help Children Charity Council), a unique children charity organization that helps children with leukemia in China. We successfully raised funds through a children’s art exhibition and auction in a leading gallery as well as an international children’s music performances. Helping children to be creative and willing to help needy children became my big responsibility and one of the big reasons to remain in Shanghai.

You can find a different you and satisfy different aspects when you are in Shanghai.

There is a wide scope of satisfaction from the aesthetic buildings. Ranging from the modern skyscraper juxtaposed against the old Shanghai Houses and Shi Ku Men. Secondly, you can satisfy your vision. Thirdly there is a great range of cuisines: from mixed creative Western foods to the Chinese dishes, satisfying your taste buds!

As a musician, I must satisfy my “auditory senses”, there are many places to listen to Classical Music of all kinds and traditional Chinese operas!

I travel all over the world as a classical pianist and a Professor of Music. Every time when I return, I feel reinvigorated by the vivacity and the great variety this city has to offer us all.

I came here because financially Shanghai is an economic powerhouse with a plethora of opportunities. I’ve been in Shanghai for two months and work for Liu Qian a famous magician.

As a Chef, who has worked globally, Shanghai is the place where you can taste food from all over the world. This allows me to learn more and more about innovation in food preparation. I think this kind of rapid growth in Shanghai is unique and to be embraced and allows my career to blossom in parallel.

I’ve been in Shanghai for 11 years but first came here in 1988 on a family holiday. I came here on business with the music and cultural industry and now have my own luxury adventure travel tour company. I came to China originally writing reports in 2002 and was sent all over China to Chengdu, Macau, Beijing, Shanghai and then I moved back to London. I always loved Shanghai and eventually founded Star Events Group that hosted the Rolling Stones, Eric Clapton and James Brown in China. We engineered the stage for the Rolling Stones first ever gig in Xuijiahui. It was a great success however a few weeks later Keith Richards (lead guitarist) fell out of coconut tree on holiday but at this point, I was not responsible for their safety.

The idea of coming to China did not exist in my mind while growing up in Jamaica. China was just that place that you had to dig a hole to get to. That all changed though when I moved to Minnesota of all places for University. I was a part of an Entrepreneurship Program and one component of the program was a trip to China. While learning about China before our trip it dawned on me that this was the place to be. After my first trip in 2006, I was definitely convinced this is a perfect place for entrepreneurial-minded people. Fast forward 8 years later, and I’m still following the entrepreneurial path and developing a food business with my business partner Gavin called Two Jerks, which does frozen food delivery, events, catering and the eventual goal of opening a few restaurants. When I came over to China initially I never thought I would be in the F&B business but that’s one of the great things about this place, you are able to do things you never thought was possible but only if you are willing to get outside of your comfort zone. As my good friend and mentor once said and I echo this in China, ‘Everything is possible but nothing is easy!‘

We have known for some time that the world’s growth would be coming from China, but after some research, I was shocked that it didn’t have a proper British restaurant. How can arguably the world’s future leading city not! I came to find out more. The opportunities and challenges never end and that’s maybe what keeps me here.

Jobs back home in London were scarce especially back in 2011, sadly enough it was the same for me as an accounts officer at the Queen’s bank, so I was to be made redundant. Suddenly there was a glorious light at the end of the tunnel, a job offer came rolling in in my inbox, a job in Shanghai of all places! So I packed my bags and took off, I’ve come to love Shanghai since then, the lifestyle, the people, the culture and even the food. And yes, that includes my morning bāo zi However, one can only eat a certain amount of those, so, thinking about the opportunities in Shanghai; My Dutch-partner (Thijs) and I decided to set up our own company to get that taste of the west! Nobody likes the feeling of being homesick and food is a perfect remedy, so BYFO Foods was born. It is my full-time job now and I wouldn’t have tried it if it wasn’t for Shanghai, yes we are knee-deep in hot sauce, burgers condiments and alike but We love it, just like We Love Shanghai!

People love to hate Shanghai: the spitting, the shouting, the frowns may turn you away but on the bright side there is beauty in this lovely congested city. I decided a year ago to move to Shanghai. Three languages later I’m already starting to forget how to say some things in my mother tongue.

In Panama, China has always considered a faraway land that no one in their right mind would try to discover. It took me a long while to make this decision. My research told me that China would become the most powerful nation and for that reason, I am learning Chinese. Through studying marketing and trade from a Chinese perspective; I expect to be able to communicate to an even larger population, and much more. The friends I have met here are more like family. Mi Familia who now celebrate birthdays, Chinese independence days, Christmas, and all my traditional holidays while I’m 13 hours ahead of time.

What I love most about Shanghai is the city’s international gay community. At any given dinner party you could be surrounded by 14 different nationalities. As a gay man, I can also say that I love Hooters in Shanghai. I find Hooters in Shanghai to be a fabulous gay old time. Line dances, sing-along, and wings!! What more could a gay ask for? Shanghai inspired me to even start my very own LGBT organization Open Doors Shanghai. In other cities, I have found the LGBT community to be a bit of a clique, but here people welcome you with open arms! What I hate about Shanghai is traveling with Spring Airlines; need I say more? Waiting for delayed flights from Spring airlines, waiting for refunds from Spring airlines, and booking with Spring airlines. I hate fapiaos with a passion. Clocking in and out of work. Western grocery store prices. Stolen scooters, constant construction, visas, pollution, always being cold in the winter, VPNs, metro conversations, crazy ex-pats. However, my love will always outweigh my hate.

I arrived in Shanghai with a broken backpack and two pairs of shoes. And a giant suitcase, lol. Soon enough I realized I didn’t need to bring that many things with me, as I quickly fell in love with the city, my job, and the culture shock. And Chinese women. Duh. I love Shanghai because it’s a wild, crazy place. It takes patience and attention to appreciate it in all its glory. It’s not perfect, but then again, neither am I. Or anybody I know here. Sorry, French friends, you’re wrong!

6 years later, my old clothes don’t fit. I have a new backpack and a few more pairs of shoes. And a beautiful Chinese wife. I don’t need a suitcase anymore, I’m staying!

“Throw your suitcases away guys! Find me everywhere as @manicho. Let’s walk the streets in pajamas.” 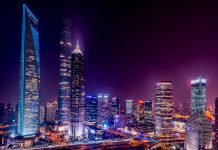 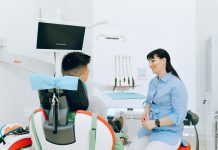 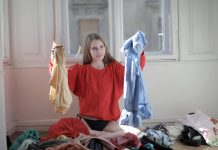 The top 5 podcasts for learning about China

what is Chiropractic Philosophy and where you can cure it?