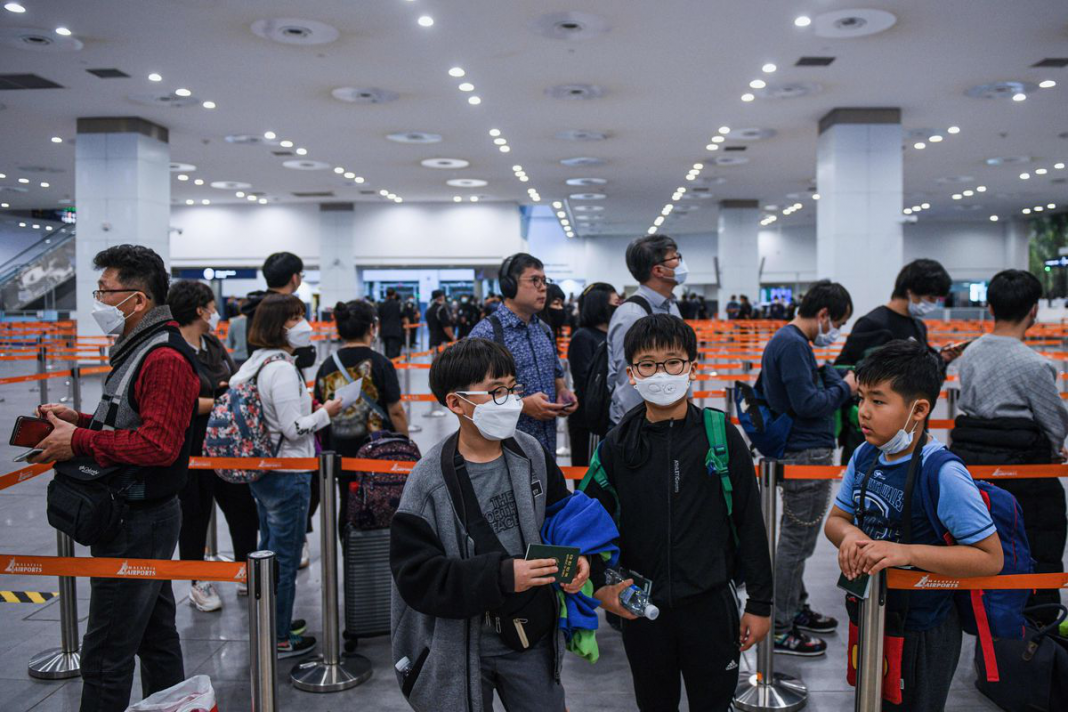 What status is Coronavirus spread now?

A coronavirus outbreak that began in Wuhan, the most famous city in central China. The coronavirus has killed a minimum of 316 humans and affected above 11790 people until Feb 3rd, 2020.

In the beginning, authorities supposed that the outbreak of coronavirus, which initiated at a seafood market of Wuhan, could only spread from animals to humans. But later, they have determined that people can also transmit the coronavirus to one other.

The coronavirus is a family or a group of viruses that affect our lungs. Coronaviruses can cause diseases such as the common cold, inflammation of the lungs (pneumonia), and severe acute respiratory syndrome (SARS), which caused 8,000 cases and more than 750 deaths of people in China since November 2002-July 2003.

The timing of the coronavirus outbreak is especially troublesome since a lot of persons travel to and inside China to celebrate the Lunar New Year, which started on January 25 and continues until February 8.

Here is how to protect your health while traveling.

Travelers should prevent close contact with those who are sick, mainly people having cold symptoms.

People who contracted the coronavirus have described symptoms containing a high temperature, headaches, chills, shortness of breath, and a sore throat.

Passengers should avoid contact with people who show symptoms just like pneumonia and the common cold, for example, coughing, sneezing, and runny noses. Travelers must wash their hands regularly by using soap and warm water. Scrub your hands for 20 seconds, according to the CDC. Avoid touching your eyes and nose with dirty hands.

Currently, no vaccines are available to protect people from the coronavirus outbreak.

“There is no specific treatment for coronavirus,” Adrian Hyzler said, the main medical professor at Healix International. “If there is a coronavirus vaccine, it will take years.” Several Chinese people have bought face masks from different stores to decrease the risk of getting coronavirus.

“There is a little problem in it,” Eric Toner said. “However, wearing face masks has never been presented to be an effective way to protect your health from contagious diseases, except in the condition of a healthcare provider.” Steer clear of live animals while traveling to or within China

Scientists think that the outbreak of coronavirus in Wuhan might have initiated from a seafood market where people were selling live animals. Up to now, evidence recommends it might have spread from bats to snakes to humans.

According to the recent study, the causative agent that created SARS in China might have spread to people through horseshoe bats.

“After SARS outbreak, there have been attempts for improving the live animal markets of China,” Eric Toner said. “There is an awful lot we do not yet know, but it is fair to say that live-animal markets are a threat not just to the people who work in them, but to public health more generally.” If you are infected with coronavirus after traveling to China or within Wuhan, contact the doctor to report your symptoms immediately.

A notice clarifying precautions to be followed by people traveling to China, is seen at Rome’s International Fiumicino airport on Tuesday, January. 21, 2020. Quick precautions are being followed worldwide as a new type of coronavirus has been infecting lots of humans throughout the central Chinese metropolis.

Eric Toner said persons who have been ill and traveled to China recently should contact a doctor to tell their travel history.

“I think Chinese government is doing well,” Eric Toner said. “They are screening for travelers or patients that are coming in. The Chinese government is trying to educate people to ensure they get care. They are trying their best to isolate people after they start getting an infection. These are the right things that can prevent transmission.” The United Arab Emirates, France, South Korea, and Germany each have four coronavirus cases; Canada holds three, and Vietnam has two cases. Nepal, Cambodia, Sri Lanka, and Finland each have one case of coronavirus.

“I think it is laudable that the Chinese authorities have identified this quickly,” Adrian Hyzler said. “There appears to be a good sharing of information.” Twenty airports of the US are screening travelers for the coronavirus

“Screening is an imperfect tool; however, it is the only approach by which we can prevent the importation of infectious disease,” Eric Toner said. Flights have been postponed if you travel to and from Wuhan. The US government has chartered a flight to bring back US diplomats along with their families.

All public transportation of Wuhan, such as metros, buses, trains, and ferries, were stopped on January 23. Airplanes, as well as Trains coming in and out of the Wuhan, were stopped, and roadblocks were fixed to retain taxis and private vehicles from exiting.

Eleven million residents have denied leaving the Wuhan because of the coronavirus, barring special situations.

The US government exiled 200 Americans from China on Tuesday. The US flight landed in Alaska; it is likely to reach its final destination, the March Air Reserve Base in Riverside, California, on Wednesday.

On the other hand, Japan also exiled about 206 Japanese from China. More than ten of those travelers have been hospitalized in Japan after feeling sick or showing pneumonia-like symptoms.

France also has planned to evacuate its citizens too. French travelers will stay at least two weeks in quarantine after reaching their country this week. Tourist charms all over China have been shuttered temporarily

Shanghai Disneyland sealed on Saturday and has not specified when it will reopen. The statement came at the stage of peak spending at Disneyland, which has said it will repay tickets. The Badaling unit of the Great Wall of China has closed on Saturday too.

Let’s talk about some guidelines for travel health in China. Different tips for Hygiene and Travel Health in China

Here are some potential health risks facing passengers in China and how to keep yourself healthy.

Medical training of China guides that swallowing mucus is unhealthy. China has made many attempts to control spitting, and the outbreak of SARS in 2002 reduced its occurrence in major cities.

But, it remains a common incidence throughout China; in restaurants, on the streets, on planes, and you can hear a Chinese citizen coughing up frequently into a napkin. They do sneezing without covering their noses and mouths.

Every time boil water before drinking and brushing your teeth. Drinking tap water is not safe in China. Pack your water bottle by using a filter Instead of buying plastic water bottles. Avoid ice at cafes, and ask for a wrapped juice bottle instead of a glass of juice.

Keep your sense of humor while visiting toilets in China. Check whether they have western-style or not. Squat toilets do not have western-style across the country instead of your city hotel, and they are typically neither clean nor tidy.

Bring your toilet paper with you, mixing the used ones in the container next to the toilet once you are done. When you forget to carry tissue paper, you can purchase it from shops, cafes, and saloons.

People living with Asthma will need to plan ahead before coming to China, because pollution is a serious issue. Chinese cars, residents, and several areas of construction represent it being home to 16 of the most contaminated cities of the world, according to the World Bank.

Attempts are being made to generate vast green passages in several cities of China. Meanwhile, high levels of trash affect many cities like Beijing, Guangzhou, Shanghai, and Chengdu due to the lots of cars, and the unbelievable amount of construction and manufacturing activity.

The Chinese government issues red alerts when pollution levels are bad. Whenever you want to venture out during peak-pollution days, wear a face mask, and do what the residents do. Realize that flights in and out of Chinese cities can be postponed when pollution disturbs visibility.

A fire in a 28-story Shanghai apartment killed above 50 people and injured more than 90 In November 2010. Unlicensed welders were accused of accidentally beginning the blaze.

In current years, especially Shanghai has experienced a fast improvement in manufacturing standards. The city made new subway outlines for the 2010 World Expo.

Be aware of regions undergoing construction and realize that fire systems are not always in the apartment, which might contain the lack of fire exits, smoke detectors, emergency escapes, and sprinklers.

Be sure to complete all the suggested vaccinations before coming to China. Rabies is a rising issue in China, and above 2,000 people die because of rabies here every year.

If a dog or other animal with rabies bites you, handling is much more of a difficulty if you have not been immunized. Either way, go for medical treatment immediately after contact with an infected animal.

Medical services of an international standard are costly but available in the main cities of China. In other regions, it can be available, and you may need to pay money before getting any treatment.

Sanitation practices can be doubtful, as can the level of health training staff affiliates have received. On a current trip to China, one tourist on a planned tour described having to gain stitches at a local clinic after an accident. The clinician stitching the tourist was eating his meal at the same time! Shanghai vs Hong Kong, Which City is Better?