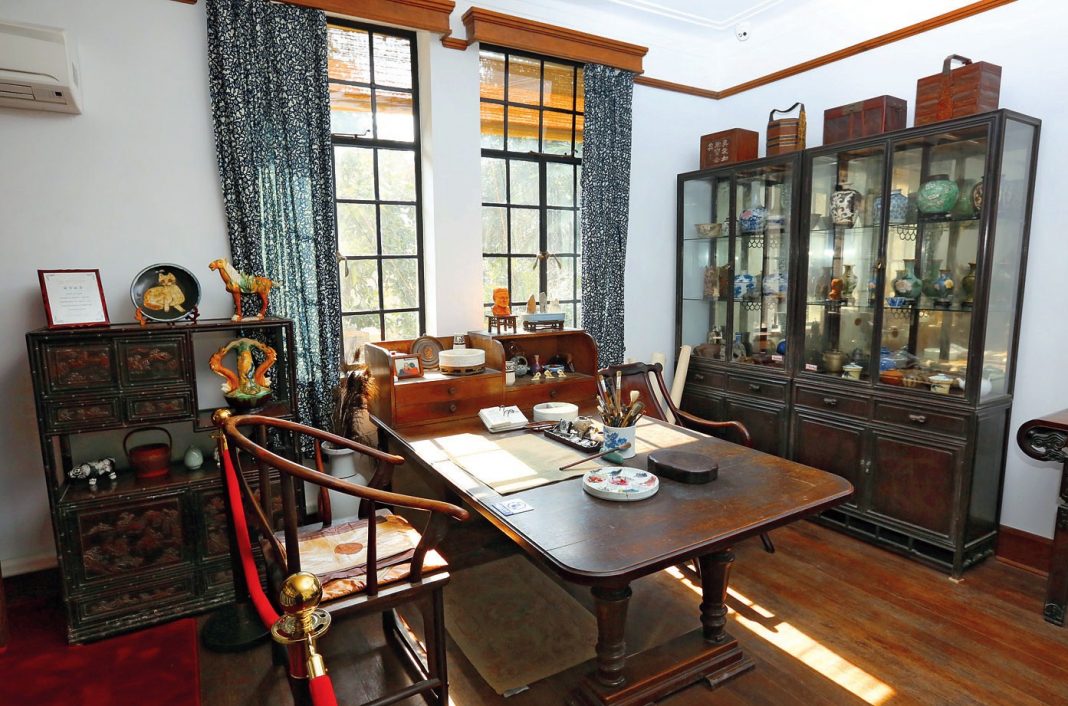 If you asked countries to nominate their most famous cartoon characters, America would probably nominate Mickey Mouse or Garfield and Belgium might select the adventures of TinTin. In China, the title is awarded to Sanmao, the three-haired little boy created by well-known Chinese cartoonist Zhang Leping (1910-1992). Zhang Leping’s former Shanghai residence, where he lived for almost 50 years, still stands today, recently renovated no less, as one of this city’s historic landmarks. His lane garden house, built in the 1930s, is kept nearly just as he left it to preserve his life’s work and legacy. Zhang Leping grew up in poverty in Hai Yan, ZheJiang Province. His family was so poor that he was unable to finish primary school, and only received a brief arts education when he was 18 after receiving support from relatives and teachers that noticed his potential. By 1935, when Zhang Leping created Sanmao, Zhang was playing his part in the Sino-Japanese tensions by drawing anti-Japanese comics for China’s official propaganda arm.

The cartoons portrayed ‘literary text without words’, and Sanmao became his way to present the wartime experiences of children and orphans. A strip titled Sanmao Joins the Army is one of Zhang’s most recognized works. Once the war ended, Zhang transformed Sanmao’s storyline from that of a brave-hearted warrior, into his own storyline—what he experienced in his everyday life, depression and heartache. But, he was able to turn his negative into a positive by creating the Wanderings of Sanmao, which in 2006 was turned into a more children-oriented animated series. Zhang discovered his passion for encouraging and portraying children’s happiness and honored his newfound muse through Sanmao. He began creating children’s books and colorful works of art.

Sanmao earned extraordinary acclaim, and by 1950 everyone in China knew Zhang Leping, “The Father of Sanmao.”

It is no secret that Zhang Leping left valuable wealth for China’s painting circle. So it should be no surprise that Shanghai’s Xuhui District People’s Government transformed his home into a two-floor museum and memorial.

The building’s first floor, which used to be another resident’s home, takes visitors on a historical journey through the life and deeds of Zhang Leping. It displays beautiful pictures of his artwork, sketches, paintings, and of course, his comic strips. The second floor was for Zhang and his spouse, with one bathroom, a guest bedroom and an art studio for the man himself. The second floor just as it was when it was occupied by Zhang, so guests can see and feel the man’s character through how he lived. Zhang is an inspiration to many artists here and it is displayed at the conclusion of the museum. Visitors to the house can leave tributes to Zhang in an art book, or post a note on the wall to share how he inspired them, perhaps not just as artists, but as altruists for disadvantaged children. After all, Zhang was not just an artist. He earned the title of ‘Grandfather to All Children’ because his work transformed their lives by simply relating to their struggles. 99 useful links that will make your life in Shanghai better