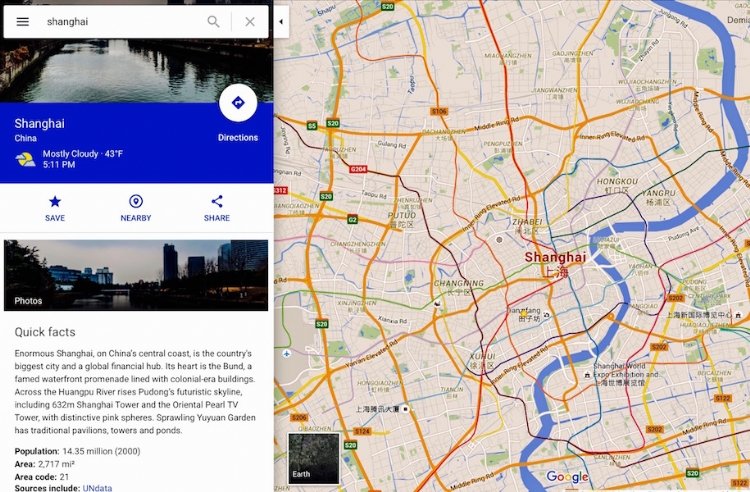 You probably thought you did all of your research on moving to Shanghai. But it turns out you can never know enough about this big, wonderful city! Whether you are thinking of coming, have just moved or have been here a few years, this list of facts will be practical when navigating the sea of information that it is available online. So here we go! Living in Shanghai, everyone knows that you’re supposed to register where you live with the police (or household registration office within the police station) within a 48 hour period. One surprising thing is that household registration offices and police stations for that matter are not connected in any way to each other. They report information directly to the central government in Beijing. They do not share records, contact information or police reports. To an office in the next district over, it’s as if you don’t exist. To file an official report of a crime, you must go back to the station you registered yourself at, regardless of where the crime took place. This essentially means that if you haven’t registered and something bad happens then there’s no way to report it. So, don’t neglect getting registered! If you’ve lived here for more than a few days, then you know how busy the Shanghai subway can get! Millions of people cram into each car like sardines in a can, and the flowing river of people never seems to end. Just when you think it’s stopped at 3 pm, surprise! The rush hour before the rush hour begins.

But do you actually know which lines are the worst, or how many people take them? According to the latest statistics, the line which is least busy is 10, with only 300,000 passengers. The busiest are lines 2 and 3, topping over 800,000 per day. This is followed closely by lines 1, 7 and 9 (with line 7 responsible for the majority of passenger transfers). However, most people travel during the rush hours and travel in a specific direction each time. So if you aren’t taking the subway from the ends of the lines into the city in the morning and vice versa at night, chances are you may still get a seat during rush hour. Rental law in Shanghai is complicated at best, incomprehensible at worst. It used to be that if you gave a one month notice to your landlord you were entitled to a 100% refund of your deposit. But for the past 3 years, this has not been the case. Numerous changes to Shanghai rental laws have been made and a knowledgeable landlord knows this. Some real estate agencies use the older form of contract, in which case the contract is law.

Ideally, you shouldn’t be moving anywhere until your contract is up. But living in a bustling, ever-changing city means you are bound to undergo impromptu job changes or your visa expires: timing is never perfect. So what’s the bottom line? If you have no choice and have to give up your flat before the contract is up, you’re honestly better off handling your utility bills and simply just leaving.

Meeting with the landlord and going through the grueling 2-hour process of looking at the apartment’s condition with the agent is simply unnecessary if you’re not going to get your deposit back anyway. You can try to protect yourself by bringing up this issue before signing the contract or making sure the contract has a clause about this. But if you didn’t, and it doesn’t, 99% of the time you are not getting anything back, and they will try to haggle you for more when the time comes. Although it rests beside the ocean, Shanghai is famous for not really having beaches. Artificial ones have been made, but regardless of origins, the beaches you find are not going to be for free, and nor will the water be swimmable. There is, however, a small exception. Putuo Shan is arguably the closest and wildest natural beach you’ll find near Shanghai.

A two-hour ferry will take you there from Shanghai Harbor, or take a bus to Luchao from Shanghai Bus Station (near the Bund). The beach has no admission fee and is very remote. Those who have been there saying the water is surprisingly clean. There are also temples and other places to visit nearby. More famous choices are Jinshan Beach and the beaches on Chongming Island, but they are not as clean. For many reasons, the idea of owning a car in Shanghai conjures up unpleasant thoughts. A lot of newcomers never think of getting one. But with the ever-expanding city limits, and many moving out into the suburbs, it’s something that sooner or later starts to make sense. Whether you own a business or have a family, living anywhere but downtown without a vehicle is inconvenient.

To address some of the basic concerns: Do you need to read Chinese to drive? No, although it would be more practical. But signs do have English, and GPS systems are fairly advanced for this city. Do you need a Shanghainese license plate? No. But you do need one to travel on the highway from 7-9 am and 5-7 pm. But in all honesty, it’s so congested than that it’s a waste of time anyway. How much does a car cost? Car prices are famously higher in China than back home. But with China’s love of everything brand new and sparkling, there are lots of second-hand cars with barely any millage, and for less than half the shelf price. Just make sure you go to a professional used-car dealership. Check out www.carking001.com Traffic accidents are fairly common in Shanghai. But the heavy traffic means that they tend to be non-fatal. Speed is what kills. Videos of fatal accidents tend to be from late at night, another city or somewhere very far from the city center.

If you are ever caught up in an accident, however, here are some things you should know. Unless there has been a fatality, the police generally don’t show up. In fact, if you’re in an accident between two cars and call the police, they will ask you to call the insurance company to deal with it. If you are hit as a pedestrian, as long as there isn’t a serious injury it’s a better idea to threaten to call the police, but settle for money instead. Although the police tend to stay out of non-fatal accidents, the driver will still be scared to deal with them, even if it’s for nothing more than just the fear of wasting several hours in questioning.

There are many great local sites to get cheap tickets. And that’s not only for traveling within China. A lot of ex-pats tend to stick with companies they know, such as Ctrip, Elong, or Expedia, etc. However, Ctrip and Elong have a very high markup and for many of the foreigner-friendly sites, you need a credit card. But there are a lot of other sites that accept Chinese debit cards. For general travel, www.qunar.com is the best. For train tickets check out www.huochepiao.com. If you don’t read Chinese, don’t despair! Chrome has a very good google translation tool for web pages, and it’s fairly accurate.

You may have heard that you have to wait until 20 days before your desired departure date to buy a train ticket in China. But on sites like these, you can buy them as early as you want. This is great for peak seasons when tickets are often bought far in advance. The 20-day rule only applies to tickets bought at the desk. When buying a ticket you have the option to buy insurance for 20 RMB, which is recommended as it’s valued at 800,000 RMB (approx. 126,000 USD). A small price to pay in case there’s an accident.

That about does it for random things you should know when moving to Shanghai!