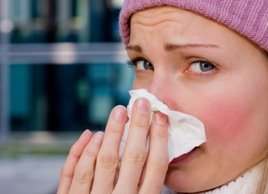 Are you beginning to feel slightly under the weather or jaded? As the cold snap begins to envelop Shanghai, what are the ways to prevent “coming down with something” — a respiratory bug you’d rather not have? Some of the most convenient and economical sources of immune support can be found right in the depths of our cupboards, in the form of immune-boosting foods, herbs, and spices. Some of our favorites are those that act on the respiratory tract as well as the immune system, to be used either before you experience symptoms or when you first notice that tickle in your throat or nose. Including foods that act as natural anti-inflammatories in your diet can also benefit the immune and respiratory systems.

Many types of tea have long been revered for their health-enhancing effects, and much research has focused on its antioxidant effects. But along with its antioxidant effects, drinkers of true tea (Camellia sinensis) — black, green, white, or oolong —are enjoying a range of phytochemicals that can help them avoid infection. One tea ingredient, L-theanine, appears to prime the memory of core T cells in the immune system, teaching them to recognize certain molecular sub-components of invading bacterial, parasitic, and viral microbes when encountered for the first time, so they can mount a significantly stronger response than “naïve” T cells.

Another group of compounds in tea called catechins are under evaluation for their antimicrobial effects. Green tea extracts rich in epigallocatechin gallate (EGCG), the major polyphenol in tea, have been shown to have antiviral effects against seasonal flu.

And staying well-hydrated by drinking tea infusions also helps keep your sinuses, throat, and nasal passages from becoming clogged up — just take care to ensure the caffeine in these teas doesn’t prevent you from getting the sleep you need.

When steeped in boiling water, just about any herb or plant material that is not tea leaves becomes what is known traditionally as a tisane. If left to brew for some time, it becomes an infusion. Whether brewed as single ingredients or in combination, there are countless varieties of these herbal tisanes and infusions, with an equally diverse range of health-enhancing applications. As observed for centuries, studies on herbs are now elucidating the molecular mechanisms underlying these longstanding observations, and we now have a better, albeit still limited understanding of how they enhance our overall well-being.

But you need not brew up a tisane to derive better immunity, as herbs can be compounded in a wide range of forms, including tinctures, extracts, homeopathic and combination preparations. One of the best known and most widely used herbs, Echinacea, has been long considered a source of immune support in traditional medicine but regarded with mixed feelings by conventional practitioners. Laboratory studies on different Echinacea species, plant parts, and preparations have demonstrated a variety of antiviral properties, useful in preventing and fending off respiratory viruses.

Used for millennia to combat respiratory and other infections, including viral illnesses, garlic contains a number of compounds, such as ajoene and allicin, that show potent antibacterial and virucidal activity. Scientific data on its proposed antiviral properties are still somewhat limited, but studies have shown that garlic promotes overall immune health, that it is active against specific bacterial infections of the respiratory tract, and that it may bolster the ability of the respiratory tract to defend against viral infection.

Chili peppers such as jalapeño, poblano, or serrano contain moderate levels of the compound capsaicin, which is what makes peppers burn in your mouth — and clear out your sinuses! Adding these peppers to soups and other dishes can help open up clogged airways and promote better drainage of the sinuses, which in turn helps rid them of infectious bacteria, viruses, and the mucus and cellular debris associated with them. Peppers are also a high-quality source of vitamin C. As with some other natural treatments, the research on vitamin C and cold and flu prevention has been mixed and somewhat controversial. That said, vitamin C (ascorbic acid) is a powerful antioxidant, and it does appear to benefit the immune response, reduce the duration of respiratory symptoms, and may have some direct effects against influenza – also mentioned in the second article.

Mothers and grandmothers have prescribed homemade chicken soup as a remedy for colds and flu for generations — perhaps since ancient Greece — and with good reason! It may not be a cure-all, but chicken soup does have a number of benefits for overall immune health and a healthy respiratory tract, and it certainly is comforting. As part of the natural inflammatory response, respiratory viruses like the common cold and influenza cause immune cells called neutrophils to migrate to the mucosal lining of the airways — this is thought to be what causes the secretion of mucus. Chicken soup has been shown to significantly limit the number of neutrophils that get drawn in. Steam from the chicken soup helps open nasal passages, so it also helps remove infectious particles from your airways in that fashion. And if you make a chicken soup with fresh, homemade broth, garlic, and a dash of jalapeño pepper, you’ll have a triple whammy for your respiratory health!

So wrap up warm – perhaps invest in an electric blanket but not for your bed but for your sofa. Put on your slippers sip slowly on some chicken soup and indulge yourself but do not miss out on all these events.