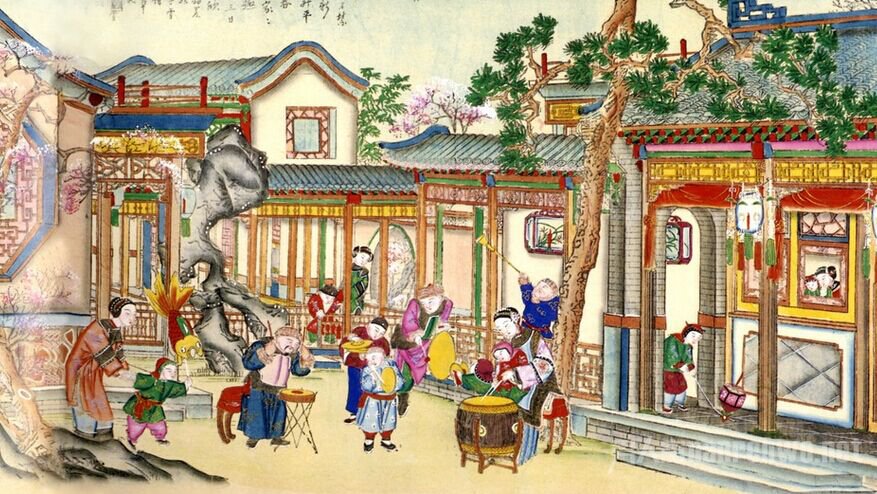 The country and society of China are known to have a long and dynamic history. Even the Chinese empire as a form of political government passed down in a relay in almost endless uncertainty and can be said to be the longest in mankind’s history.

The social class’s hierarchical structure was developed in ancient China by Confucian scholars or Legalists around the end of the Zhou Dynasty (周朝) (1046-256 B.C), which was also the longest dynasty in Chinese history.

These four types of professions or social classes are considered as an important part of the social structure of feudalism or fengjian (封建).

The formation of this social class was due to the commercialization of Chinese society during the Song and Ming periods, which blurred the lines of difference between these four social hierarchies.

What was the social structure of ancient China?

During the Shang Dynasty (estimated 1600-1046 BC, population 13.7 million) and Zhou 周朝 dynasty (1046-256 BC, population 38 million), these scholars were considered a social stratum of lower-level aristocratic descent. This social class is characterized by their right to ride chariots and lead battles from chariots while also serving their civilian functions.

They also have characteristics with the weapons they use, namely swords with sharp edges on two sides called Jian 劍. The type of clothing they wear also differentiates them from the others. They wear hanfu 漢 服, while others wear different ordinary clothes.

A farmer (nong) operating a pulley wheel to lift a bucket, from the Tiangong Kaiwu encyclopedia by Song Yingxing (1587–1666)

Those who work to produce rice/wheat or other food are known as the Nong. At that time, farmers were a valuable and necessary group of society because agriculture was one of the keys to the rapid rise of China’s civilization. Peasant is second only to Shi.

This is true, at this very moment, the role of farmers and agricultural experts is still very relevant and needed. Because they are related to food which is the main necessity of people’s lives. Food security is an important thing in the sustainability of the empire at that time and the country today. So, it was normal for the Nong to get second class after Shi in ancient Chinese society at that time.

The gong group consists of craftsmen and artisans. They are involved in various work types such as textile production, potteries, and work on several architectural projects. They are priceless because of their specific abilities that the kingdom needs. This gong group works in the government sector and even the private sector. They had a significant role in the empire at that time.

Depiction of a marketplace, Han dynasty by BabelStone

This group has the lowest position among the four social classes in ancient Chinese society. Traders who did not produce anything for the empire were then looked down upon by the wider community. This group’s main job is simply to sell and transport the Nong and Gong’s food and goods.

But scientists actually consider this group an important member of society but are looked down upon most compared to the other 3 classes. This is because the ancient Chinese people felt that the Shang group was a threat to social harmony from gains, disproportionately large incomes, market manipulation, and even exploitation of farmers.

How ancient people live with those social structures? The categorization of social classes in ancient Chinese society was ordered based on the principle of economic benefit for the country and society. Those who are more intelligent, prioritize thinking and intelligence are grouped into the top group.

Meanwhile, groups of farmers who can create wealth due to agricultural production are placed in the second class. The third group is filled with those who have specific abilities regarding the arts, industry, craftsmen who are considered to contribute value, and to royal income.

And the last group, which is the fourth class, is filled with traders who are seen as social disturbances due to excessive accumulation of wealth or uncertain price fluctuations.

Then how did ancient Chinese society live with these class divisions? People will live according to their respective degrees and classes. Carrying out the role that is suitable and appropriate for him to carry out in order to contribute to society at large and the kingdom.

How To Pay Bills In Shanghai