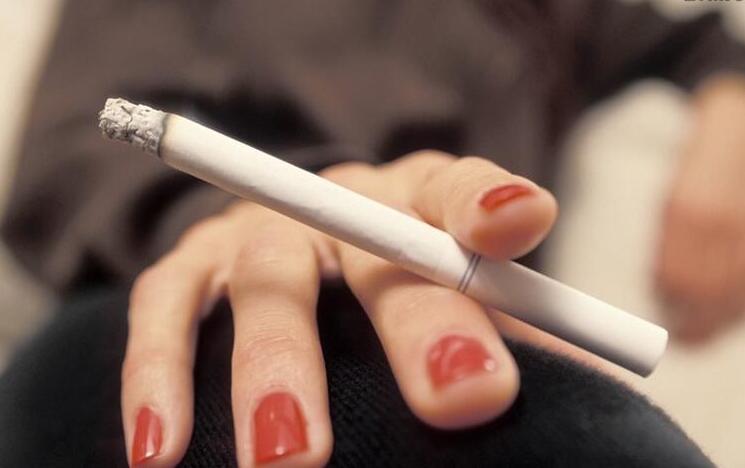 Feeling embarrassed pulling your crumpled pack of Marlboro Whites or Zhongnanhais out of your tailored Shanghai Tang jacket? Tired of the quiet chuckles from your trendy drinking partners in the club VIP when you’re passing out cigs?

Of course, you are! It’s time to upgrade your preferred brand of death sticks to something that’ll blow their silk socks and cruddy packs of Huashan right off. So we did a little research, and we’re presenting the ten most expensive cigarette brands in China.

– We’re presenting the cost per cigarette, so it’s easier to keep tabs on how many drinks/favors your new friends owe you.

– Since current law is trying to limit the maximum price of packs to something sane like 100 RMB, we’re posting black-market prices, because saying they’re black market makes them cooler.

And finally, you need to know which brand will suit your social circle best. It’s no good pulling out a packet of menthols with a bunch of coal barons from Shanxi, so we threw in who’ll be most impressed, helping you target your cigarette choice with the most accuracy. All the tobacco used for the production of this cigarette is stored in a cave in Hubei for five years before it’s used. Why we have no idea. Maybe tobacco ages with beauty, grace, and finesse, like a real Chinese dama. Each pack is handcrafted by a specialist Chinese technician.

These gold-tipped cigarettes make it a favorite with the ladies, you can get your nails done to match if you’re really going for it, it has recently been revealed that a well-know Chinese make-up brand will be bringing out a lipstick range in conjunction with Huanghelou Who’s Impressed: A Northerner (or they might be hugely offended?)

In China, like in many other countries, the Northerner is desperately proud of anything from the North, made in the North, so long as it’s anything vaguely Northern in anyway. And since it says “Huáxī” right on it, it must Northern as hell! Unfortunately, this brand has had its copyright sold to a company in the south. If your North friend knows that, it could get super awkward…

It is extremely difficult to get this cigarette, and it’s the most expensive cigarette in Shānxī (山西) province.

Not a lot of these cigarettes out there, but it’s favored by the coal barons of Shānxī province. It makes sense that they should prefer a kind of air pollution that’s far more refined than the kinda coal plant pumps out. One must make time for the little pleasures in life. (insert evil laugh) By the way, the name means “a purple cloud comes from the East,” which is apparently a good omen. Perhaps it should be “a black cloud comes from the West!” You know, because Shānxī, xī means “West” so… nevermind.

This super-elite brand from Inner Mongolia is made using traditional Chinese medicine, namely cordyceps. Look them up, but do it after dinner.

You’d have to be massively into Chinese medicine to love smoking ground-up parasites that feed off living insects. But for those who are, these are the smokes for you. Gross maybe, but your energy is probably super balanced. These babies from Guǎngxī have laser-drilled filter ventilation, which apparently reduces the number of harmful substances in the smoke. In addition, they have some kind of incense included in the filter, too, so that is… also healthy… probably? At least they’re comparatively easy to get a hold of!

Move to southern China to escape the black cloud from the West, throw away your Western values and materialistic lifestyle, and take up yoga. Yoga is an excellent pursuit. It doesn’t put much strain on your lungs so why quit smoking? Instead just swap brands to these, the healthiest of cancer-causing carcinogens.

The famous Panda cigarettes, made right here in Shànghǎi! A political heavyweight that oozes power and control along with lung clogging tar, impress/intimidate your boss by handing him one of these over a glass of baijiu at the end of the working week. He’ll either promote you on the spot or fire you, assuming you’re trying to take his job.

Before 1997, it was made exclusively for the leaders of the Chinese government; the most famous one was Dèng Xiǎopíng. Consequently, every heavyweight wannabe must love puffing away at these. They know they’re in good company. This Húběi high-roller was first produced in 2004 and has won 13 awards. Among all these brands, it is the only one that ordinary people can actually buy from a normal market. A professor from Wuhan University apparently waited in line a whole month to buy a carton. How he organized the whole eating, showering and not getting fired for an extended absence, we’re not sure. Maybe he meant online?

Not only is this one of the most expensive cigarettes, but it’s also cool and aloof. Award-winning, in fact. It was award-winning before it was cool to be an award-winning cigarette, probably. Well-known enough that people will gasp at your awesomeness, but only after you tell them exactly why you’re so awesome and why they should be honored that you’re sharing a cigarette with them in the first place. Possibly the most relaxed of cigarette brands (xiūxián means “leisure,” how nice of them), handmade with less tar and less smoke, excellent if you want to smoke with children in the car and the windows rolled up.

And we mean relaxed in the sense that they’re as chilled out about the whole second-hand smoke thing as they are about tax loopholes.

Named after, what else, the city of Nánjīng, they are delicious cigarettes with tons of smoke and toasted deliciousness. Who’s Impressed: An Official with the Last Name Zhou

You know who you are, Zhou. You shouldn’t be buying packs of these, or wearing so many luxury watches. It doesn’t add up. We can’t write about you though, so here’s a picture of a baby and a camel instead. Oh, baby… these limited-edition Hubei suckers are custom-tailored for compensating for your other deficiencies. They’re so limited edition we can’t even find a picture of them. Or at least, not one that our black-market contact agrees is the actual, for-real Huánghèlóu Xiànliàng Bǎn.

Handmade, every kilo of cigarettes takes nearly 200 kilos of tobacco to make. If you absolutely, positively, got to impress every last tarsucker in the room, accept no substitutes.

You’d need a finely honed intelligence network to get your white-gloved hands on a pack of these. Careful you don’t burn your sneaky newspaper with the eyeholes cut into them while you’re spying on black market cigarette dealers.

Have we missed any? Do you know any cigarettes that are way more expensive? Or a guy who knows a guy who can get them cheaper?

Where can you buy masks in Shanghai China, right now?