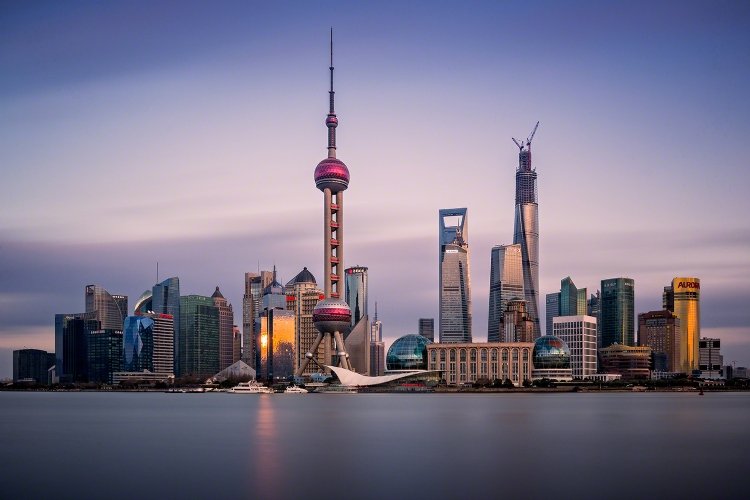 1 Much Hudu about nothing Shanghai used to be a fishing village called “Hudu”, derived from the name of a wooden fish trap once used by local inhabitants. This is also the source of the character “hu” 沪 on Shanghai’s license plates. The name Xujiahui (literally “Xu Family’s Convergence”) comes from Xu Guangqi (baptized Paul), an early Chinese Catholic convert and a disciple of Mateo Ricci. After the Treaty of Nanjing, his ancestral home became the center of Shanghai’s Catholic community. Although Shanghai’s legendary gangster “Big-Eared Du”, or Du Yuesheng, was rumored to have ran his empire from what is now the Donghu Hotel, that location was only his secondary residence at best.

His real house was further east near Yan’an Lu and was demolished in the 1990s, which is why people still support the Donghu Hotel myth. You may know Sasha’s for its happy hours, but the building that houses it was once the home of T.V. Soong, Chiang Kai-shek’s finance minister and brother of the famous Soong sisters. Sasha was supposedly his mistress. The newly re-opened Waibaidu Bridge’s name means “foreigner crossing,” named for the fact that the original bridge built there (the 1856-built Wales Bridge) charged Chinese a toll to cross, but let foreigners cross for free. Travel to People’s Square past Yan’an Lu and Chengdu Bei Lu (the NS elevated road) and you’ll pass a wide, metal pillar covered with circling dragons supporting the elevated highways. This is the Nine Dragon’s Pillar.

As the local lore goes, workers found the ground impossible to dig no matter how hard they tried. Finally, they called in a Buddhist priest, who told them they were trying to dig right into the middle of a dragon’s lair and it wouldn’t move until they honored it. The city government hastily ordered the pillar to be built in its honor. Shanghai’s first KFC was launched in 1989, a full five years before the first McDonald’s. Pudong International Airport was built on reclaimed tideland that was once fish farms. The building, designed by French architect Paul Andreu, was designed to resemble a seagull in flight, which he saw as representative of Shanghai, a soaring metropolis. Shanghai is sinking at a rate of 1.5 cm a year, and has apparently sunk over 6 ft since 1921. The problem is caused by the city’s rapid, high-rise development and soft soil, as well as the effects of global warming. Watch out for those sinkholes! The laundry chute of the Grand Hyatt hotel (which runs 88 stories down the Jin Mao Tower all the way to the basement) has built-in buffers to reduce the speed of descending clothes. Yang’s Fried Dumplings has become a must-try restaurant for any visitor to Shanghai, but it is also the most well known for resisting offers to the franchise.

Tire Tycoons Tell You Where to Eat in Shanghai

How to Make the (Stupid) Air Conditioner Work in Winter