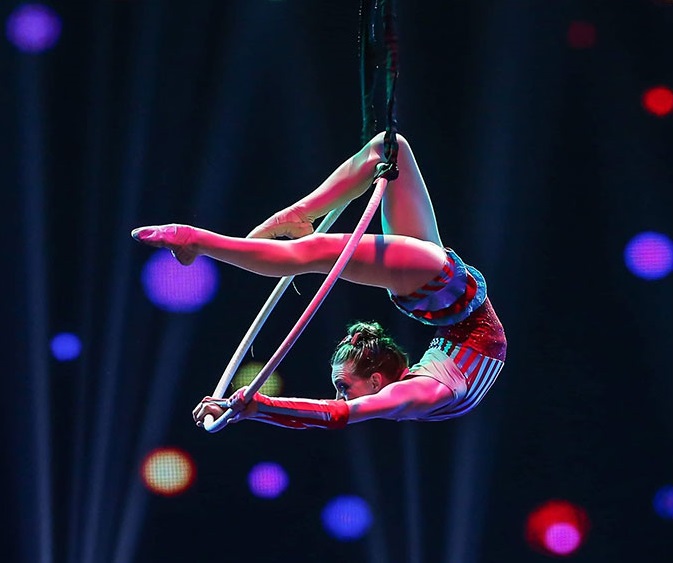 Amazing Acrobats Shanghai is an entertainment destination that is right for you. You can discover and experience how much fun 40 acrobats and attractions Amazing Acrobats of Shanghai has to offer. The shows offered are very diverse and suitable for any age.

The performances, professional talent, charism, costumes, lighting, and special effects that they offer will give you a very special acrobatic atmosphere and experience. This circus and attraction group is one of the circus groups that already have a good reputation even throughout the world. Acrobatics itself is a performance that involves balance, agility, and motor coordination. This tradition, founded thousands of years ago, is named after the Minoan art performed by the Ancient Greeks and Romans, namely by depicting the back of a bull.

Whereas in China, acrobatics itself has been a part of culture since the Han dynasty (206 BC). This art is part of the village harvest festival. During the leadership of the Tang dynasty, the change had similarities to the development of European aerobatics.

Similar developments are seen during the Middle Ages, with appearances during the 7th to 10th centuries. As time goes by, acrobatics continues to develop. One of the well-known groups that have good quality is Amazing Acrobats Of Shanghai, even performing overseas. Amazing Acrobats of Shanghai Branson is performed at the Mickey Gilley Grand Shanghai Theater, which is located at 3455 W 76 Country Music Boulevard, Branson, MO 65616, United States. You will find comfortable cushioned seats in the theater, which are very comfortable audience seats and make visitors feel very at home.

If you visit Amazing Acrobats Shanghai, don’t forget to comply with the theater management rules such as non-flash photography prohibited, arrive at least 20 minutes early to watch the all-new-pre-show, no liquor is allowed, not to carry firearms and sharp tools, and other regulations.

The performance times are adjusted according to the schedule they put on their website, but generally, the performance times are 10 AM, 3 PM, and/or 8 PM, depending on the situation and the day. Make sure you set aside your vacation time to visit the Mickey Gilley Grand Shanghai Theater to witness the amazing attractions and acrobats offered by Amazing Acrobats of Shanghai.

Top Attractions and Acrobatics at Amazing Acrobats of Shanghai

The circus show features a variety of attractions that last about 90-120 minutes. Visitors widely liked the show because it was unique and adrenaline pumping. Every movement is certainly not random because it is in accordance with the rhythm.

The attractions and acrobatics played by their talents will bring the audience in a very amazing atmosphere. From Yo-Yo to the MC, they all were great! Every artist must put their heart and soul into their routine!

You will feel the atmosphere of an amazing acrobat the first time you enter the door. Are you curious about what attractions and acrobats are on display? Here are among them:

Get ready to be amazed by the amazing performance of talent in this Wheel of Stunt. This attraction is one of the thrilling attractions featured by Amazing Acrobat of Shanghai Branson.

Players will spin around in two iron wheels. This attraction is intentionally not given any safety in order to make it tenser. The object’s dimensions are 9 meters long and 15 m high, which aims to make them move freely.

The iron wheel continued to rotate at high speed. Therefore, only experienced people were allowed to ride it. Even though they are not equipped with any safety measures, the performers are trained and have their own safety techniques to protect themselves.

The unique thing that this attraction offers is the skill and ability of the talents to pull on two iron wheels and do stunts and attractions.

The action is by swinging at a height with the “hair” hanging from a rope. This attraction is performed by a female performer whose hair is tied first to make it strong. Then at the edge, a hook is added and made as strong as possible to make it safer.

The hook path is at the top of the tent, after which it is securely attached to the performer. This, of course, must be done with certain techniques not easy to slip to minimize the occurrence of severe injuries. The movements the performers made were floating and aerial dancing.

It’s rare for an acrobat to show such a unique and amazing appearance as this Hair Aerial. Make sure you capture the Hair Aerial moments to become your memories.

This movement involves driving a motorbike by means of three players getting into the big ball. Then they will drive in it at a certain speed. The goal is to maintain balance, therefore the vehicle used is also a special type.

The direction of movement is circular in spaces that tend to be narrow. They will continue to drive their vehicle in order to rotate horizontally, even vertically, without having to collide with each other.

Just like Wheel of Stunt, this Crazy Globe attraction can also test the mentality of the audience. How not, not everyone can do the attractions performed by the talent at Crazy Globe. Special skills and training are required to perform this attraction.

This attraction is done by swinging above a height using a rope to follow the existing rhythm, making it more attractive and good. The trick is, by hanging horizontally with a short distance, it becomes further away.

The players act statically from swinging, dancing, spinning, even flying from the horizontal bar. The performers can do this attraction either solo, double or triple. The level of safety from this activity is guaranteed because the rope used is very strong and tested by experts.

Magic is one of the shows that many audiences like. This is because these activities show a uniqueness because they make the impossible come true. Therefore, people who play it have these skills with long enough practice.

At Amazing Acrobats of Shanghai, most of the players have been practicing for a long time, even most of them were small. Therefore, in every appearance, they always present various interesting tricks that don’t bore people, they can even get good entertainment and pleasure.

This magic show is very fun and can make the visitors laugh out loud. Usually, these Amazing Acrobats of Shanghai magicians perform unique and very professional magic acts, to the point that visitors don’t know how magicians do it.

The main point of this attraction is balance. A player uses a handball while performing some entertaining moves on an elbow-shaped pile of iron. This is what makes the Amazing Acrobats Of Shanghai Branson show more and more in demand.

Although the acrobatic show has been going on for a long time, it still has many enthusiasts, especially abroad. This is because it stimulates adrenaline, so there is a special excitement when watching it. Like a Rolla Bolla, it requires attraction while maintaining balance.

This attraction is done by swinging while dancing at a height using a hula hoop while being accompanied by beautiful musical instruments. Just no one can do this art because it has special tricks to do each movement correctly.

The circus itself is one of the arts that is quite tense because every attraction is done with unusual movements. In order not to make a negative impact, if you are interested in studying it try under the guidance of a professional coach to reduce accidents.

This show presents various stories with graceful movements and attractions. Namely to describe a certain scene so that the storyline can be as desired. This illustrates that each member of Amazing Acrobats of Shanghai has a special ability.

They perform optimally to entertain the audience. This group consists of various ages, so it is possible to see smaller players than others but have spectacular talent.

Juggling is a physical ability that involves the manipulation of certain objects such as knives, flames, rings, yo-yos, balls, and hats. A professional juggler has specific tricks to make the show even better, generally referring to prop-based skills.

The most famous form is toast juggling, which is playing one or a combination of several objects simultaneously using your hands. They will present this show for recreation, entertainment, arts, and sports, equipped with supporting costumes.

This acrobatics is a technique of crossing the stage with flips and then flying high in the air that can be watched by all ages. Even some movements defy the law of gravity, namely horizontally, so that it makes the audience amazed even though it’s thrilling.

The way they cross the stage adjusts to the existing rhythm so that it will look more dynamic. It is also supported by lighting that follows the direction of the dancer and combined with flexible costumes to avoid injury and move more freely.

Amazing Acrobats Of Shanghai Branson is one of the groups that has worked in this field of action for a long time and has even been known to various parts of the world. The attractions and acrobats they offer will give you the sensation of having fun because all of their energetic performances are attractive, suitable for all ages. The talents are very skilled, making the audience fascinated and coming back to Amazing Acrobats of Shanghai.

The amazing entertainment offered at Amazing Acrobats of Shanghai is perfect for coloring your trip and tour. You will see the performers spring up ten feet toward the air, hop into a metal circle while flipping over, and land on the feet on the other surface. In essence, you will get an unforgettable experience.

Interview | Simon Wilde on Picking Up Where Pollock Left Off (And Burning Stuff to...