The World Bank has announced that Shanghai’s education system is the best in the world based on its comprehensive evaluation system. Sufficient funding, effective teaching models, and high test scores combine to make Shanghai the highest ranked education environment among all evaluated cities.

According to a new report from The World Bank, Shanghai’s schools are the top ranked across the world. Released May 18th, How Shanghai Does It details the education system of Shanghai and how it became the best dang system on Earth. We have highlights for you here, but if you want some extra (extremely dense) reading, the full 181-page report is linked here.

Additionally, schools are financed in such a way that redirects surplus funds to schools in low-income areas, rather than further funding high-income schools. And in the “Wait, really?” section of the report, the gap between policy and implementation is nearly non-existent, and schools, of which more than three-fourths are public, retain a lot of autonomy when it comes to budgeting and finance. Who’d have thought?

Shanghai’s schools aren’t perfect, of course – The World Bank recommends a greater emphasis on emotional well-being (we could all probably use some of that) and delayed tracking for students – but overall, the city has set the standard for global education.

The Downside of Being Well-Funded

So you might understand why Shanghai parents were pissed a couple of days ago when the Ministry of Education announced university spots will be reallocated away from wealthy areas like Shanghai and Nanjing to students from outer provinces. It might seem backwards that a child who attends the best primary and secondary schools in the world actually have less of a chance at entering a top Chinese university precisely because they went to those schools.

What do you think? Should Shanghai students have a harder time getting into top universities than students from poorer provinces? 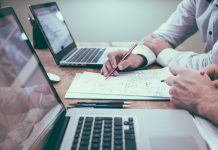 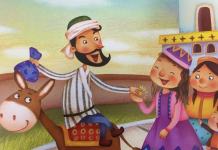