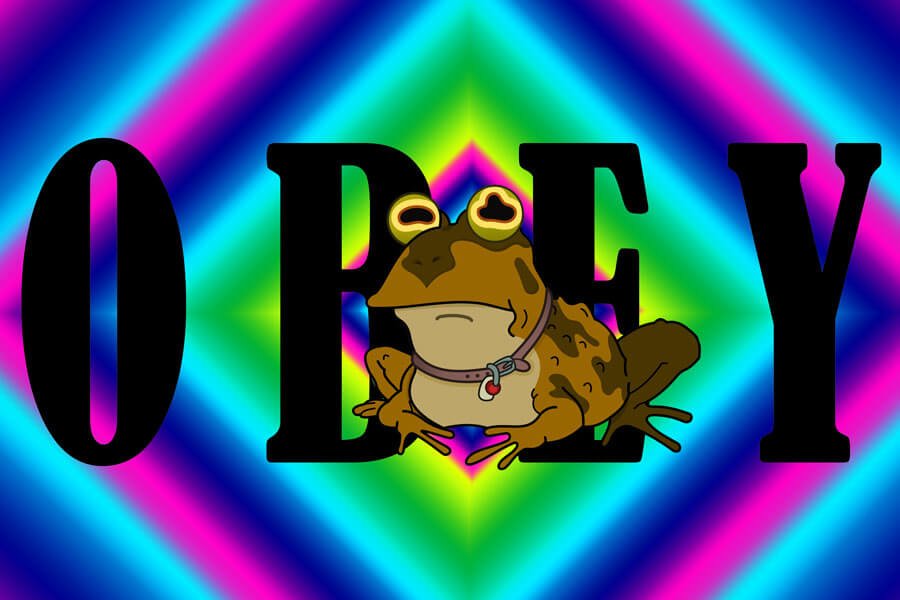 I’m sitting up, so relaxed that there’s some spit pooling at my slightly parted lips, about to become drool. I’m not doing anything about it, because I’m too busy being home again. I’m looking at a willow tree that hasn’t stood since I was just starting to get a handle on my involuntary drooling. And even then, it felt cool against my chin during that summer sunset’s breeze. In that memory, I’m sitting up on the home’s front step, listening to the light rustle of the willow in the breeze, and it feels good to be a kid again.

But in this self-hypnosis workshop, it’s time to drift back towards that front door, to step back up those childhood stairs, until I’m at the top, wholly back in the real world, at Octave, in Connection Room 2, with workshop leader Tomas Sund timing my self-hypnosis. I’ve managed not to drool.

Now, I know what you cynics and skeptics might be thinking, because I am you.

“Don’t be such a sheep. This has to be some kind of pointless mental exercise, snake oil, or maybe those hippies at Octave put something in the water, etc. etc. etc. It’s all in your head.”

Well, that’s the point, it all being in your head, and everything else said. Hypnosis isn’t what movies, stage shows, or your over-enthusiastic self-help friend might have you think it is.

I’m not saying my opinion has ‘turned’, or that I’m a completely changed person who believes you can fix a broken arm with hypnosis. After going to this self-hypnosis workshop, and working with it for myself, I’m just a more informed one.

He now has his own office in Shenzhen and tours his self-hypnosis workshop throughout Asia. Sund recently brought the two-part/four-module workshop to Shanghai with Octave. The first part runs through a whole morning and costs 550 RMB, including snacks and drinks. For both parts, you’ll need a whole day and 1000 RMB, and it includes lunch.

In the first part, Sund gives what might feel like a crash course in hypnotizing other people, and then yourself. The second part in the afternoon, after an included Octave organic, farm-to-table, mindful lunch, introduces more…let’s say `abstract’, or advanced, hypnotherapy techniques, like numbing a toothache with a mental-ice-hand. But before we get into manipulating your own mind, though, we best start on the ground floor, just as Sund did at the start of the workshop., to build confidence, make the subject feel within reach, but still maintain interest.

With choice lines from Sund like, “If you can dream, you can trance,” and his likening trance to “missing a train stop because your mind is somewhere else,” you can’t argue that Sund wasn’t trying to make self-hypnosis seem like the most mundane thing ever. Any good teacher starts by making a subject, whether it’s calculus or self-hypnosis, feel approachable. Even Sund using the word ‘trance’ instead of ‘hypnosis’ distanced the whole practice from those impossible mass media notions.

Sure enough, he didn’t whip out any pendulums at the start of the hypnosis lesson. Instead, he handed out a one-page outline and tips for a “staircase induction.” That would be the “magic words” said to induct someone into a trance, and the magic words are a series of suggestions, from breathing deep and slow to imagining a staircase, in vivid detail, which leads down, with each step, to a more relaxed place. That place, created entirely by the entrance, in their head, is apparently where you can initiate positive change. But that’s getting into the “abstract” of hypnosis.

Sund only referenced the outline after he demonstrated it with a volunteer, who convincingly didn’t blink for several minutes at a time before closing his eyes completely and describing a green pond beneath a tree full of birds. Although I was only watching to see what would happen, I still lost track of time listening to Sund’s calming, soft-spoken hypnotist voice.

After fifteen minutes that felt like less than five, the volunteer was back and Sund started cross-referencing the demonstration with the outline while answering any questions we had. While it was a good way to walk us through the staircase induction, we were very quickly thrown into the deep end and told swim, as Sund then told us to practice on a partner, and then on ourselves with him timing us.

During that sink-or-swim moment, it occurred to me that this shit would take practice, just like anything else, and that the more practice I put into it, the better it would be at hypnotizing, and getting hypnotized. Sund’s coaching between attempts helped as well, but, after lunch, as we went through the second part’s more advanced self-hypnosis techniques, I felt like I was trying to run before I could confidently walk.

The second part, overall, felt a bit rapid-fire as Sund gave a brief introduction for each technique, guided us through an attempt, and then moved on to the next advanced technique—each one a bit more “magic” than the last. One technique involved using hypnosis to “program” a positive change through a series of looping assertions. Whether or not that works, only time and commitment can tell. Another technique involved essentially imagining your hand to be cold, and then using it as an ice pack. I just plain couldn’t pull it off.

I imagine the difficulty I had grasping the second part was a mix of inexperience and skepticism. Because I didn’t quite have the basic hypnosis down, I wasn’t fully confident in its ability to do more than just make me relaxed. That’s not to say the workshop was a complete wash.

As far as crash courses go, Sund’s self-hypnosis workshop crunches a lot into about seven hours, and you can carry it with you if you’re determined to work on hypnosis on a regular basis. It might end up worth your time because practicing hypnosis doesn’t need a lot of extra time or parts. Just you and maybe fifteen minutes. And then you can find out whether or not people can change.

As for me, I’m having a bit of trouble solving my commitment issues with a solution that requires a commitment to work. But that’s clearly a problem with me, and not hypnosis itself. I’m not about to go around projecting my problems with hypnosis onto people who have no problem within, who are in fact solving problems with it—so long as that problem isn’t curing their broken arm. But if it’s a matter of accepting the fact that they can never play baseball again, then, by all means, get hypnotized.