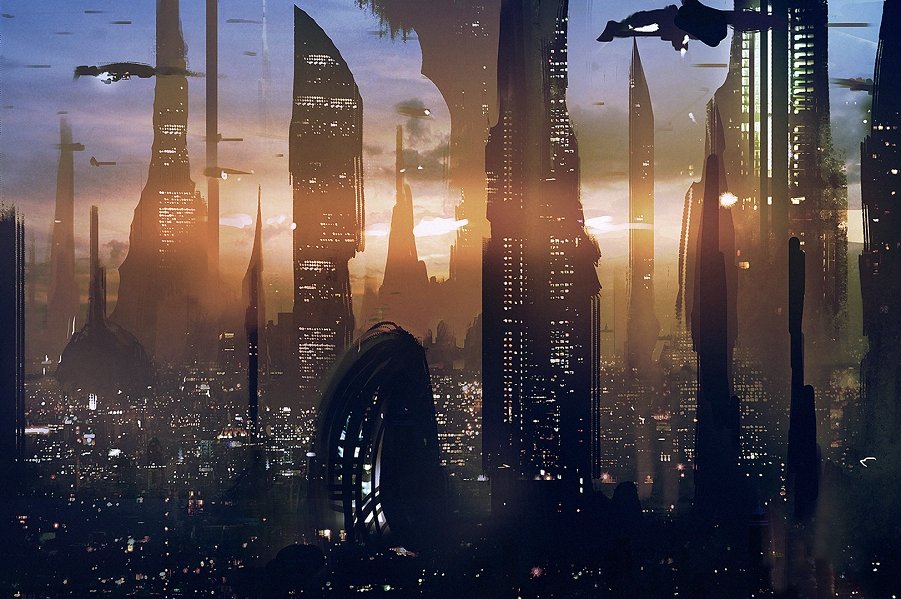 So the latest numbers suggest that Star Wars: The Force Awakens broke China’s box office debut over the weekend with about 53 million dollars or about 348 million RMB. That’s still a way away from breaking the overall box office record (currently held by Monster Hunt at a tidy 2.4 billion RMB) but we’re pretty confident it’ll keep climbing the charts. But that gave us an idea.

Look, we know. The Force Awakens just barely came out. But after waiting for twelve million more parsecs than it took the Millenium Falcon to do the Kessel Run, we can’t wait any longer. We’re just going to come out with it. We think Star Wars Episode VIII should be filmed in Shanghai. Here are 7 reasons that are a great idea. We’ll get the obvious one out of the way. Coruscant is that planet in Star Wars that’s basically entirely made of skyscrapers.

Ever looked out over Pudong and thought to yourself “Man, that looks like something out of a sci-fi film”? Of course you have. You’re not alone, either. Whether it’s Wong-Kar Wai’s 2046, Ridley Scott’s Blade Runner, Spike Jonze’s Her, or that creepy sequence from Looper where Joseph Gordon-Levitt goes to future-Pudong and turns into Bruce Willis, Shanghai has been inspiring futuristic movies forever. Remember Mos Eisley Cantina? It’s that bar with the band that plays that song everyone knows. Gritty, wretched hive-of-scum-and-villainy place? We hope it doesn’t hurt Shanghai’s feelings, but it only took the EnjoyShanghai team about fifteen seconds to name three places in Shanghai that look almost exactly like it. You know the kind of place; it’s gritty, it’s wild, and the patrons are… eccentric. It’s the kind of place you go when you want to meet a charming smuggler who’ll probably try to shoot you first.

3. Shooting in Shanghai Is Much Cooler Than Including a Single Sequence That Panders to Chinese Audiences Hollywood, we know you’re eyeing the Chinese box office like a hungry wolf. Don’t think we didn’t notice how Iron Man 3 had that weird throw-away section featuring Fan Bing Bing that only aired in China. Or how Transformers: Age of Extinction had that big action climax in Hong Kong. Instead of a condescending 3-minute cameo from Chinese actors or a lazy shot of the Great Wall, why not just film a Star Wars movie in Shanghai? You’re already worried that the average Chinese filmgoer doesn’t know what a Star Wars is. Why not film it right down the street? Problem solved.

Look, Disney, we know you bought Star Wars for that sweet, sweet merchandising money. Don’t even pretend. And we know you’re making the big decisions, so this one is directed straight at you. Star Wars and merchandising go hand-in-hand, and China’s the perfect place for merchandising; Wanda Cinemas just partnered with movie merchandiser Mtime to put a merchandise stall in every Wanda theatre. The West probably has all the novelty lightsabres and “May The Force Be With You” t-shirts it needs, but China’s really only just discovering it! Come on, Disney! Film it here, and there’ll be Darth Vader facemasks for everybody!

5. Atmospheric Fog, No Need for CGI or Smoke Machines Okay, we might be stretching here, but nothing says “sci-fi” like dark, smoky cities, right? No problem, you won’t even have to use CGI for that here. Or smoke machines. Just make sure you have enough of those Darth Vader facemasks for the film crew or they might all have difficulty breathing.

Bored of the same nine producers in Hollywood? Why not try China? A lot of people may not be aware of this, but China’s film industry is getting better and better. To the uninitiated eye, it might look like all the movies are slight variations on the same old romantic drama, Journey to the West remake, action movie or slapstick comedy. But underneath the ice-berg slow evolution in scripts, there’s a growing class of bold young film industry people who would love a chance to work on a big Hollywood blockbuster.

Remember the pod racers in Star Wars Episode I: The Phantom Menace? No? Weird, they were pretty cool. Okay, let’s try this instead. Imagine speeding down a narrow course, aggressive riders on dangerous machines all around you, the world zipping past you in a flash of colors and loud noises. If you own an e-bike, you don’t need to imagine it, it’s your daily trip to and from work. You’d need Force powers to make it through unscathed. The same thing goes for the dangerous, high-speed races that were a high-point in Episode I. So Mr. Abrams if you want another sci-fi race, you’ll find the perfect stunt drivers in Shanghai!

So there are our 7 reasons why the next Star Wars movie should be filmed in Shanghai. We think they make for a pretty compelling argument, but why don’t you let us know if you can think of any?
Or go ahead and correct us about the parsecs thing down in the comments. Go on. We know you want to.

what is Chiropractic Philosophy and where you can cure it?