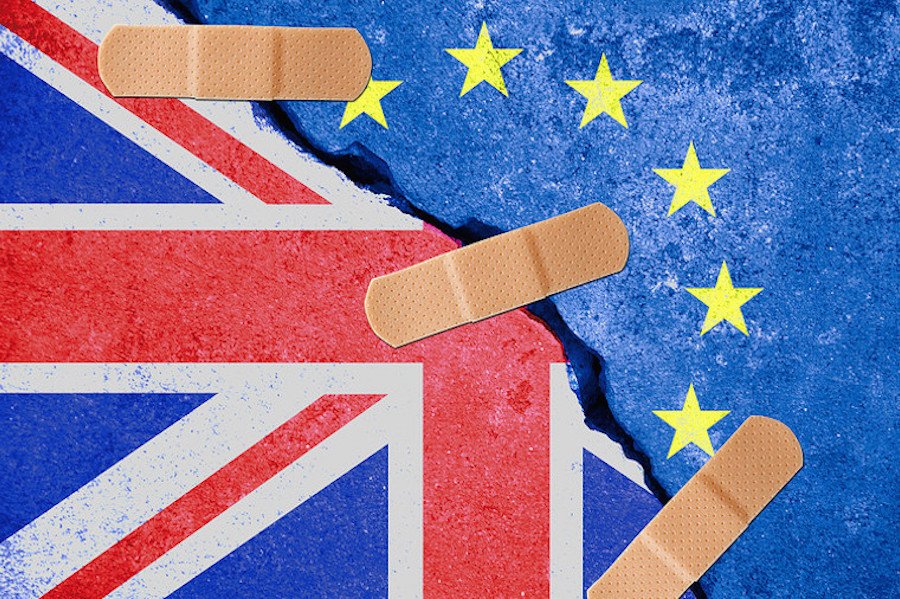 Shanghai’s an awfully long way from Britain, and we’re pretty sure that China isn’t even in the European Union (yet), but that doesn’t mean we’re safe from the consequences of Brexit. Early reports indicate that big changes are coming to this city that has the potential to affect how we eat, where we shop and, most importantly, what we drink. Here are the 7 totally serious consequences of Brexit for Shanghai ex-pats. Imagine wandering the rainy streets late at night in search of street food only to find the noodle shops closed down, replaced by English vendors selling fish & chips wrapped in old copies of the Global Times. Imagine waving down a taxi by the Bund after a few too many martinis at Shen, to be greeted not by the usual Shanghai Shifu, but by a chipper chap from Kent named Christopher. “Nǐ hǎo Guvnah, where to?”

Scottish employees of the British Consulate have staged a rebellion and established an independent consulate/distillery on Yǒngkāng Road. In addition to providing visa support and passport assistance to Scottish nationals living in Shanghai, the ‘Wee Consulate’ will double as a distillery. Their first whiskey, “change,” is expected to hit the market this sometime October, followed swiftly by “GlenLaowai” and the much-talked-about “Johnny Walkout.”

Brits in Shanghai will no longer be allowed to visit the Former French Concession without first securing special permissions. Passport stations have been set up at all metro stations between Xújiāhuì and South Shǎnxī Road, and Brits who arrive without the proper documentation are being turned away with really nasty passive-aggressive remarks about why they’re here since they clearly don’t want to be. If you’re a British citizen living in Shanghai, you can get the visas at any EU Member State Consulate, but you’ll first have to go to the Belgian Consulate on 127 Wǔyì Road to ask permission.

Let’s face it, Britain’s choice to depart from the EU is a slap in the face to their European brothers, and the two remaining EU powers, France and Germany, are having nein of it. Representatives of both French and German ex-pat associations in Shanghai have declared that their members intend to behave ‘very Europeanly’ over the next few weeks. One can only speculate as to what this may involve, but locals are fearing the Wurst. Perhaps a stubborn refusal to speak English, an aloof and condescending manner towards British ex-pats, and an insistence on only drinking German beer and French wine?

So not much change then.

As a show of solidarity to her European customer base, Avocado Lady, the imported goods store and patron saint of Shanghai ex-pats, will be no longer be stocking British goods. This means you can say goodbye to such essentials as Worcester sauce (it’s pronounced ‘Wooster.’ I know), Cadbury chocolate and, well that’s about it really.

With the Pound falling, British ex-pats in China have suddenly found themselves noticeably less well off. Many will be forced to take economies, such as exchanging imported beer for Tsingtao, until they realize it was created by Germans. Presumably, they’ll then switch to Harbin, until they realize it was founded by a Polish man, at which point, they may have to stop drinking beer all-together.

By that time however we hope that the British economy will have bounced back, and Britons will once again be able to afford traditional English Stella Artois.

Sensing that Britain’s exit will weaken its influence worldwide, many countries are taking this opportunity to step into the power vacuum. Here in Shanghai, there are rumors that traditional English strongholds, such as Sunday brunches and Irish bars, could slowly be seized by smaller, more nimble populations, who can take advantage of the UK as it struggles to adjust to the new world order.

Honestly, we’re not sure there’s much reason to worry about there, though. There’s no way tiny nations with a population roughly equal to your average Perry’s on a Friday night could ever defeat the UK at its own game. That’s clearly going a bit too far.