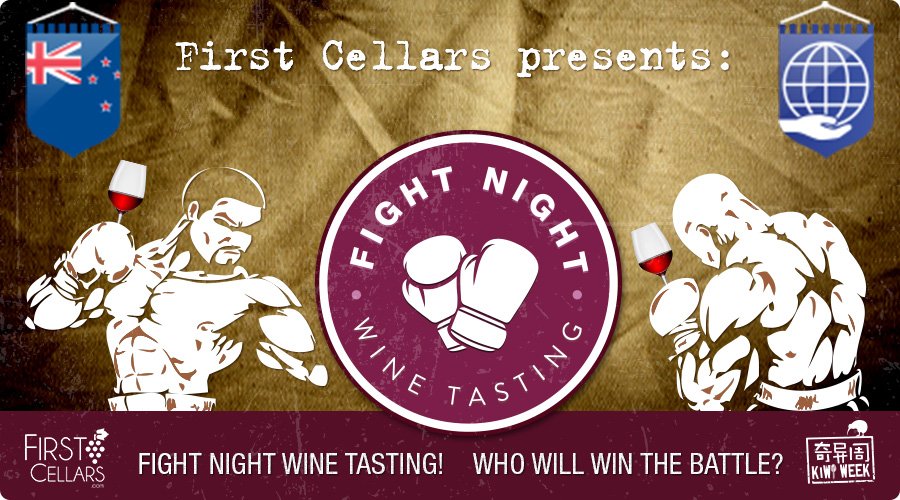 It’s a tough and treacherous world, wine-making. One minute the Old World vineyards have the populace scoffing at the New World wines for being sweet and unsophisticated, the next, the Chileans and the Australians are the toast of the town and French wine is suddenly too pretentious. Innuendo, insult and back-talk is the name of the game; it’s brother against brother, vintner against vintner, and wine experts against everyone else, in the battle for “best wine.” You’d be forgiven for hoping everyone could just get along and enjoy the wine. But that’d be awfully boring, which is why we’re happy to see that the third instalment of First Cellar’s democratic blood/wine-sport, FIGHT NIGHT is just around the corner. The first round saw America win a shock victory against France. The second saw Italy facing off against Spain in a slightly less nail-biting contest, but this time, it’s going to be a little different.

In one corner, weighing in at barely more than 150 years of wine-making history, but with an impressive arsenal to date and a 5:1 sheep to person ratio, is the small island nation of New Zealand.

That’s right, this time around, in honor of Kiwi Week, New Zealand has decided to kick over the negotiation table, slap everyone in the room with a cork, and challenge the whole world to a wine-off. As with past iterations, there will be 4 “rounds” of two wines each, so 8 different wines in total for the Shanghai wine enthusiasts to sip and vote on. Each round will include one wine from New Zealand, and one wine from a competing country. At the end of each round, a winner will be decided by secret, high-tech electronic ballot, with results being displayed live.

We can’t wait to see whether the plucky Kiwis emerge victorious from the scrum, or if they get their upstart gramps thoroughly stomped. All tickets include eight wines and gourmet canapes.

You can book your ticket here.

Can you use Alipay without a Chinese bank account? Step by Step Ultimate Guide