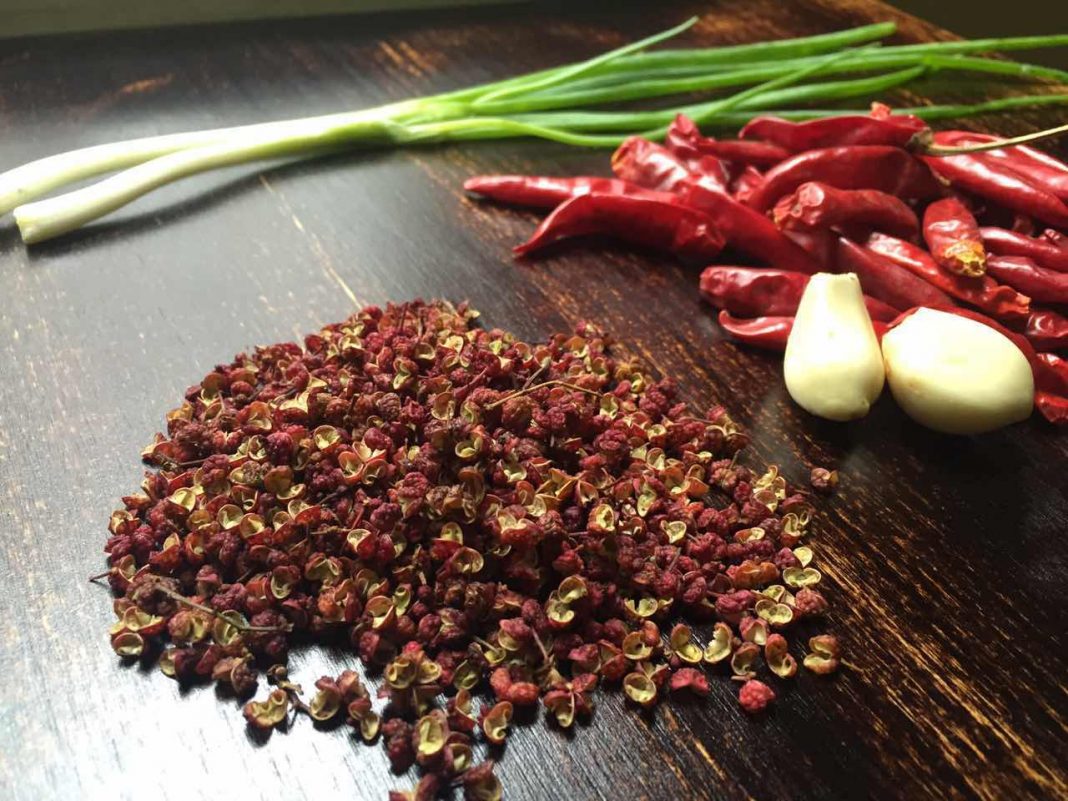 If you haven’t had hotpot, your China bucket list is incomplete and you should feel bad. You`ve probably at least heard about it. It’s a cultural staple, a communal ritual, the equivalent of bonding over coffee, or a socially-acceptable birthday alternative to getting plastered at a bar. And the OG hotpot, the real deal, the fountainhead from which all other hotpots flow, is Chongqing hotpot.

Actually it probably originated in Mongolia either 1,000 or 2,000 years ago, sources vary, but we’re not here for a history lesson. Northern hotpot may be the daddy of hotpot, but Sichuan hotpot is its populist, streetwise son. And Chongqing is the birthplace of that spicy, spicy tradition.

It’s straightforward, heavy on spice and fatty bits of meat like pork and beef, especially various bits of intestines, all thrown in together, in a delicious hodgepodge of flavors. The most important taste is from the pot itself; a lot of peppers, including the notorious huājiāo (花椒), which makes up the “má” half of the málà (麻辣, “numb and spicy”) tag used for Chongqing hotpot. It’s called numbing pepper because it just sort of shuts down your face with a prickly, tingly burning sensation. It’s spicy as the fiery asshole of Satan.

Or at least, it should be. If it’s not, it’s probably some watered-down version your hardcore friends secretly ordered to spare you the shame of crying in public. Never fear; there’s a trick to surviving your Chongqing hotpot encounter with your reputation (and internal organs) intact. Macy starts with the basics.

“Chongqing spice doesn’t really come from the peppers, it goes into the oil. We throw lots of pepper into it and cook it for maybe 20 minutes. So when you dip into the pot, cook the food and pull it out, the oil is all around it. The oil is why it tastes so spicy.”

“And Chongqing hotpot has a heavy oil percentage, nearly 70% is oil,” Macy adds, with a kind of sadistic relish. To counter this, hotpot comes with dipping sauces to go along with the main broth. Famous hotpot places like Hǎidǐlāo (海底捞火锅)offer something like 20 to 30 different sauces, from teriyaki to garlic to sesame paste, in a bid for wider appeal.  “People are trying to fusion flavors together to attract more customers,” Macy informs us. Some of them, she says with a well-masked grimace, even mix in seafood. That’s not authentic, she insists.

Authentic Chongqing hotpot only goes with sesame oil. Dipping your morsel takes off most of the spicy oil that floats on top of the broth. Macy adds that, after you’ve dipped it in, “hotpot isn’t even that spicy. You can mostly just taste the flavor.”

Another benefit of the sesame oil? It helps your digestion and lessens any… “consequences” you might suffer the morning after in the bathroom. If it’s your first time, we recommend clearing your schedule and bringing something to bite down on. Anything lactose-y will do, whether it’s yoghurt or regular milk. But in Macy’s hometown, soybean milk or dòunǎi (豆奶) has quickly become the standard on offer at any hotpot place. “It’s better than coke or sprite,” she assures us, and we tend to agree. It coats the throat and helps soothe the screaming, ravaged nerve endings in your tongue.

Failing that, you could just fall back on cold water. Alternatively, a cold beer. Or any beer, just have a lot of it, it’ll help with the pain. Eventually.

This one comes from Macy’s mother herself; Just don’t stop eating.

When she was young (and hadn’t developed her cast-iron taste buds yet), Macy loved eating spicy dòugān (豆干), which, incidentally, is part of the reason why we don’t believe her for a second when she says “hotpot isn’t even really that spicy”. In between mouthfuls of dried tofu doused in enough spice powder to kickstart a tractor engine, she asked her mom what to do. Her advice?

“’Don’t stop eating. Every time you feel spicy, it’s because you stopped,’” Macy says with a laugh. “I thought my mom was just joking, but 20 years later, I realized it’s true.” We’ve all probably experienced this. That growing burning sensation when, half-way through a spicy meal, we take a break to wipe our noses and hack up a caustic mouthful of our charred innards. The mistake people make is stopping in anticipatory terror and letting this wave of sudden, excruciating awareness wash over them.

Fight that urge and just keep eating. Postpone the bone-searing pain until after the pot’s empty. If you took our beer advice, you’ll hopefully be too drunk to feel it.

So that’s it. Three tips seem good, but we asked Macy if she could think of anymore. Turns out there’s one really important one. First, friends will keep you distracted from the incendiary sensation building up in the back of your mouth. You’ll also keep eating to make sure you get at least some of the good stuff before you’re fishing for the bits and leftovers.

Second is the Hawthorne effect, where you perform better when you’re being observed. Surrounded by friends, you’re more likely to suffer through the pain and down that last morsel dripping in hell-oil, beat your chest and roar your triumph to the far corners of the table.

The spiciness is overwhelming at first. But with our advice and a bit of practice, you too will develop the skills and tolerance necessary to taste past the spice and experience the whole exquisite range of flavors in Chongqing hotpot.

Plus you’ll be able to cackle at your less hardcore friends as they cough, splutter and whimper like babies. And that’s why we eat spicy food in the first place, right?

You can try Chongqing hotpot at Badao Hotpot; they’re tight on space so you’d best call Macy at 13817126342 and make a reservation, or follow their wechat account at 霸道江湖. Be warned; she won’t let you dictate how spicy it should be.