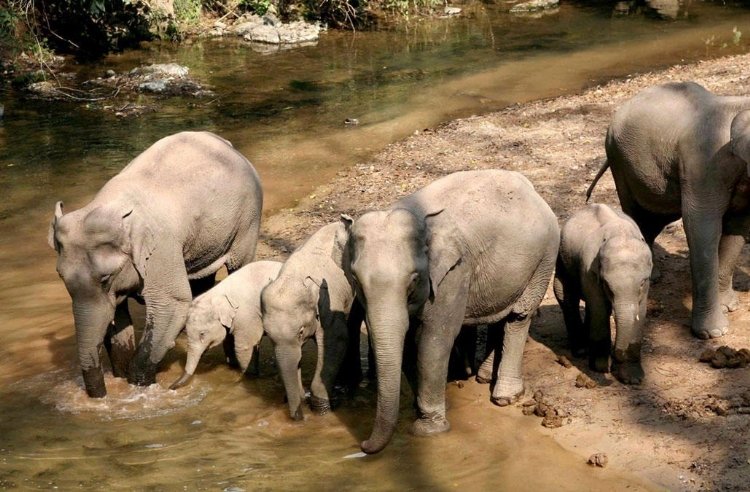 here to find good weather during Winter and the New Year?

As the weather and temperatures in Shanghai begin to dip.  Why not, plan ahead for Chinese New Year and book at bargain prices.  It, of course, is a risk because the dates of Chinese New Year change each year but if you take insurance on your flight, you will still be making a considerable saving and also the best part you get a taste of paradise.

The north-east monsoon winds continue to blow from North-East Asia, but bring drier weather in February. The north coastal and central regions of Sabah are experiencing relatively dry weather, however, heavy rain is still likely in southern and coastal regions. Both the coastal and inland areas of Sarawak are still receiving high levels of fairly persistent rainfall during February.

Things continue to improve as you enter January and February with the coming two months arguably the best time of the year to visit Burma. The downside to the great weather is, of course, the higher visitor numbers and, whilst these are anything but excessive, the limited choice of hotels in some key destinations means that it’s important to book early to avoid disappointment. With no rain expected throughout the month and the chilly winter feel in the highlands now a thing of the past. Therefore book ahead now and avoid any complications.

Its all good news in January and February with excellent weather expected throughout the country. The hottest months of the year are just around the corner so you can expect temperatures to gradually rise throughout the month. Despite this February is considered ‘relatively’ cool, averaging around 27°C across the country. The beaches on the south coast are in full bloom with any rainfall extremely unlikely. Forbes recently ranked three Cambodian beaches in Asia’s top 22 highlighting the country’s growing international appeal: O’Tres Beach in Sihanoukville, Ream Beach in Prey Nop, and the sands of Koh Rong, an island 30 minutes off the Cambodian coast were singled out as the best beach areas to visit.

The dry season continues throughout January and February, promising premium traveling conditions throughout Laos. Whilst little or no rain is expected across the country, temperatures remain moderate with Vientiane and Luang Prabang averaging 26°C whilst further to the south temperatures are a little higher,averaging 30°C or just tipping into the low 30’s°C in some parts. Towards the end of the month, temperatures start to rise making this a suitable vacation choice for either your Christmas or Chinese New Year Holiday.

Whilst the majority of Malaysia will be enjoying sunshine and blue skies, the east coast destinations such as Tioman Island, Perhentian Islands, Terengganu and Redang Island will still be experiencing heavy rains and strong winds although these will start to decline as the month goes on. Therefore during Christmas it is a slight gamble to stay here if you want good weather and also during the Chinese New Year holiday.

A great month to travel in Sri Lanka, with the beaches along the southern and western coast all expecting plenty of sunshine (avg temp 30 °C). To the east, the north-eastern monsoon should be starting to wind down, meaning that the National Parks of Yala and Wilpattu will also be hot and dry, although rainfall is expected further to the north and east. Further to the north, Kandy and the hills of the central Tea Country are likely to be receiving some rainfall, while warm, dry weather returns to the Cultural Triangle (avg temp: 27 °C). Temperatures in the Tea Country, around Nuwara Eliya, remain cooler due to the higher altitude (avg temp: 20 °C). Flying from Shanghai to Columbo is not as convenient as flying to Thailand but Sri Lanka does represent a vacation that offers something different. The flights are estimated at around 7 hours which is a bit longer than the other mentioned areas but still worth it if you go for at least 10 days.

Chiang Mai and much of the north of Thailand are likely to be cool and dry, enjoying a fresh breeze – perfect for visitors in need of a break from the heat further south (avg temp: 22-25°C).

Bangkok is also expecting dry conditions, although warmer than further to the north due in part to its lower altitude. In the south, conditions on the peninsular and nearby islands are similar from one coast to the other, however whilst on the west you can expect little if any rain, the east will most likely be feeling the tail end of its rainy season.

Phuket has become somewhat spoiled and over-commercialized but it is only one of 39 islands dotted around the west coast region and if you are prepared to travel a little further there is Koh Hae (Coral Island) which is a popular day-trip destination and even better in Koh Lanta with a 27 kilometer coastline and Mu Ko Lanta national park with great snorkeling and abundance of wildlife. Or if you feel even more adventurous take a boat 30km to the uninhabited islands of Koh Rok Nok and Rok Nai. The snorkeling is sublime and there are sightings of hawksbill turtles and black-tip reef sharks. Krabi island has the most idealistic beaches and is popular for both high-end travel and backpackers. It also provides a great way of viewing Chicken Island and the Phi Phi Island.

February is amongst the best months to travel in Vietnam; conditions are at their very best with dry, bright weather expected along the entire length of the country.

There are a number of great beach options, with southern and central parts all enjoying premium conditions for sun worshipers. At the northern end of the country skies are clear with just a little rain expected.

Hanoi is slightly colder than Ho Chi Minh (Saigon) but Hanoi offers more culture and a better local feel as well as great proximity to Halong bay which translates to where the dragon descends into the sea! Vietnam has New Year and a similar time of year but has a different animal zodiac including the cat.

Wherever you choose as your destination for your Winter Getaway if any, remember to book a few months ahead of time in order to get a good deal on the flights and accommodation.  If you leave it until January the prices tend to go up a lot especially to popular destinations like Thailand. The great thing about living in Shanghai is that there are a lot of options open to you.  I don’t know about you but I have a pining for paradise and I will book soon in order to make sure I get there this coming vacation.

How to watch TV shows for expats in China