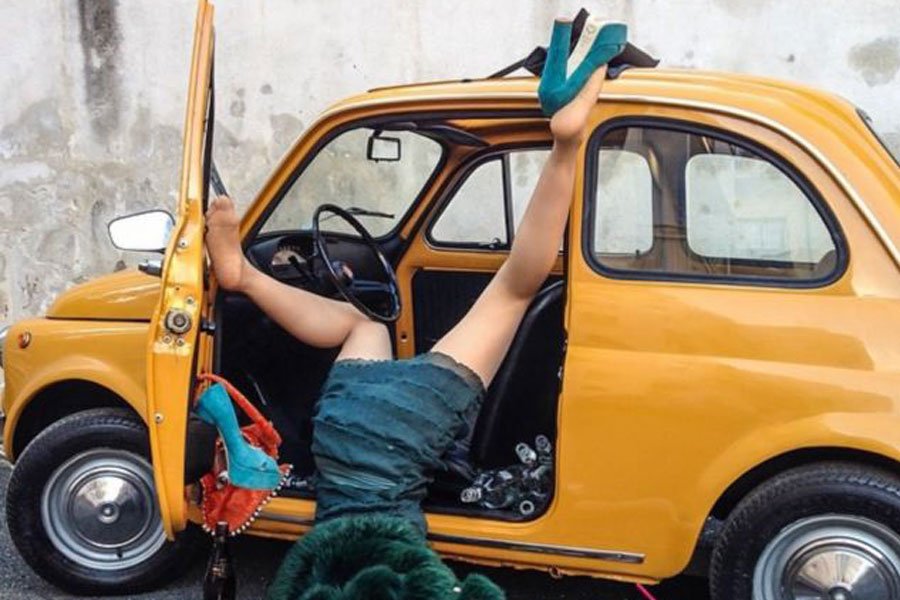 I’m a newbie in Shanghai terms, and moving here from London was a bit of a shock. I don’t quite know what I was expecting but this wasn’t it. No, that is a bold overstatement, a lot is exactly as expected, but it was still a massive culture shock (turns out I am very bad at adjusting). I am now settled and having a lovely time, but there are a few things I wish I had known about prior to arrival. So let’s discuss the things they didn’t tell me about living in Shanghai. Either you’re new and I shall be your savior, or you’ll be amazed at how thick I am…

1. The first rent payment will cripple you

No one tells you before you arrive that once you get here you’ll be instantly poor. As we all know in Shanghai it’s normal to pay two months’ rent in advance, unlike most places outside of China where you pay monthly. It means that this, along with your deposit, equals a quarter of a year’s rent coming out of your bank account before you even start. Ouch. However, in the UK renting a house is nearly as tricky as getting a degree (I’ve done both so I feel like I’m an authority. You need thousands of pieces of paper and a full background check. At least here you just pay some bloke and scribble on the dotted line.

2. Answering your own front door can be risky

One rainy Tuesday morning I was lying in bed asleep (at 1 pm don’t judge me I was hungover) when someone knocked on my door. This in itself was strange. Who just knocks? So I clamber out of bed and peep through the peephole (the only time it’s ever okay to peep) and there’s a woman standing there with a clipboard. Assuming she has got the wrong house, I open the door, smile at her and she proceeds to speak animatedly at me in Chinese as I calmly repeat ‘tíng bù dǒng’ (I hear, but I do not understand). She becomes more irate, I become less calm until she finally strolls into my apartment and begins to hammer on the light switch, plunging us in and out of darkness (all curtains were drawn to help the hangover). I just stood there. Finally, my alcohol-stained brain told me to grab my bag to phone a Chinese speaking friend for aid and my wallet fell out. The lady stopped hammering the light switch to death, took my purse, took out about 40 RMB and then, smiling, thanked me and left. She even gave me a little receipt. I just stood there for a moment and when I went to work I took the note with me. My colleague explained that I had just paid my electric bill. Who knew.

Sometimes my Chinese phone rings. Like an actual phone call. Not skype, not the ping of a WeChat message but an actual legitimate phone call. Answering it nervously, I’m greeted by a man speaking Chinese.  I can’t even manage to get a word in edgeways (I usually fall back on my favorite ‘tíng bù dǒng’). In the end, I just have to hang up because I’ve got no idea what’s going on.  This happens multiple times until eventually I’m at work and I shove the phone at a Chinese colleague. Apparently it’s someone trying to sell me a house. Excellent. This type of cold calling happens back home in the UK too, but then it’s a nice lady from ‘Save the Bees’ with a Yorkshire accent asking me if I want to donate. Much less threatening, I think.

4. You will get spat on (until you learn to dodge)

I was walking (running, I’m perpetually late) to work one morning when a man spat on me. People spit, on the street, on the metro, out of taxi windows. And this spit will at some point get on you. Fact. As a British person, I’m not okay with public spitting. I’m not really even okay with private spitting. We stopped doing it in the UK when we were trying to eradicate TB. Here you have two choices, either hock up a good league and join in with the best of them or get over it and grumble quietly in your head as you dodge hurtling phlegm. Also, I would like to note that the streets in Shanghai are actually very clean, fantastic road sweeping infrastructure set up, etc.  It seems like a bit of spit is just the price you pay.

5. Fake alcohol will ruin your weekends

When I say fake alcohol I don’t mean ‘fake’ fake. It still has the desired effect and you end up pissed as a fart looking for a kebab on Wǔdìng Road at 2 am. I mean ‘fake’ as in the cheapest nastiest poison you have ever pumped into your veins. You might as well be pouring petrol in your eyeballs. There is a reason Shanghai veterans don’t buy six shots for 10RMB (editor’s note: they don’t? Oh.). Be prepared for the worst hangover of your life. Obviously I could avoid these horrific, awful hangovers that make me feel I’m in a catatonic state by not drinking the poison, but 10 RMB, guys! That’s like 1 British pound!

6. Nights out will wreck your clothes

Smoking indoors has been banned in China for years.  Yet everyone smokes inside all the time. The first time I went out with friends I thought this was brilliant, no one has to pop outside every fifteen minutes, you can all just sit around a table indoors in the warm and chill. You’re not freezing your nuts off outside all gathered around a patio heater. But wait until the next day when you pick your clothes up to put them in the wash and end up retching. I’ve never smelt anything as horrendous as last night’s clothes in Shanghai. Prepare to never wear anything twice.

7. Shanghai loses its shit when it rains

‘Taxis are so cheap’ they tell you, ‘you’ll never have to walk again’ they say. Well! You wait until it’s raining then there won’t be a green light for as far as the eye can see. And you trudge to the metro absolutely miserably after having stood on a street corner blinding hoping for a cab for the last 20 minutes. As my friends regularly tell me, the Metro is great. It’s cheap and fast, yet it does not drop me directly outside of the door I want to be entering, also as previously mentioned, I’m always late and you can yell at a cabbie to go faster, even if he doesn’t understand. However, due to having to stand in the rain for untold hours trying to hail cabs I often end up arriving at destinations looking like a bedraggled rat.

8. Being sick is a nightmare

I got tonsillitis. It was awful; I spent two days wandering around clutching my throat, and crying before I realized I actually needed medicine. They don’t have cute little doctor’s offices or cottage hospitals (Downton Abbey style) here, so you have to go to a huge hospital. The great thing about this is when you eventually get into the hospital, they just chuck you on an IV drip regardless of what’s wrong. So within twenty minutes, they were mainlining penicillin into my bloodstream which was excellent. However, I also spent the day bumbling from room to room having no idea what was going on. Luckily I had a Chinese friend helping me. If you don’t have a kind friend willing to donate the duration of their Thursday, then you may need to go to an ex-pat hospital. And then it gets very expensive very fast.

9. The medical test makes you feel like a cow

On the same note as being sick, wait until you have to do your medical test for your visa. They basically make you get completely naked and then wear a semi-see through white robe and prod you from room to room like cattle. You have no idea what test they are going to be doing in any of the rooms, but be prepared for them to whip your robe open and cover your chest with little suction cups. And the ‘privacy’ screens do not mean it’s a private experience. However, you’ve got to marvel at the efficiency. In the UK it would have taken about 6 weeks to get all the tests and a lot of grumbling from the NHS. Here it takes two days. Must write to David Cameron recommending turning the NHS into a veterinary style conveyer belt, much more efficient!

In the West, we do love a bit of Facebook, but in China, WeChat rules the roost. Everything you ever do or ever need to do can be achieved through WeChat. Get used to meeting people and immediately becoming WeChat friends and seeing your boss’s pictures of their family holiday and having to remember not to post pictures of yourself drunk as a skunk when you’re planning on calling in sick the next day. I had no idea a piece of social media could be so influential and important. It’s like Facebook on steroids.

Essentially lots of slightly bizarre things happen here, and it’s amazing how quickly you accept them as a part of life, it just would have been handy to have known them before you arrive so you could have perfected a nonchalant air of settled world traveler instead of blundering around like a mad village idiot.

What do you wish you were warned about? Báijiǔ? The onslaught of brunch deals? The fact that Shanghainese and Mandarin aren’t the same? Let us know!

99 Quotes About Celebrations to Inspiring your Life

Is this Shanghai’s cheapest Shopping destination?

The easiest way for foreigners to register their residence online

3 Weird Foods in Shanghai (That Are Actually Italian)

5 Ways to fight the Common Cold