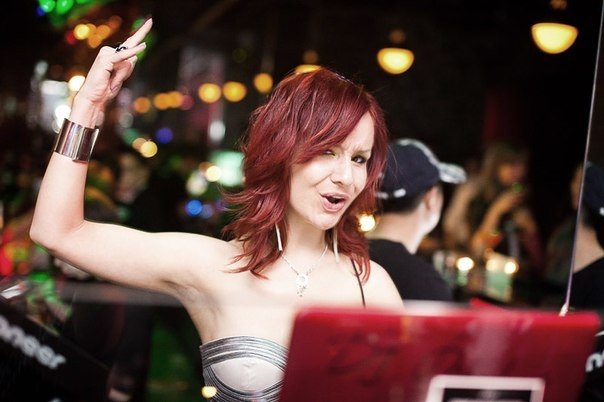 Shanghai is lucky enough to see a regular roster of DJs and international arrivals – copy and paste in their SoundCloud link to hear these Sh-based spinners:

Since 2012 she’s been a member of Perfecto Playboys, a talented duo consisting of Michelle and the British singer Miss E. Perfecto Playboys is currently ranked No. 1 in China according to DJlist.com.

For two years (2012 to 2014) she was a resident of two of the most popular clubs in Shanghai “The Geisha” and “The Apartment”, owned by the Collective Concepts management group.

He spent his childhood in Taiwan and began to play guitar from 15-year-old. Activated as a guitarist of Rock band mainly in Tokyo in the 1990s, created many rock songs and published CDs from private labels.I began listening to Electro Dance Music from the late 1990s and served as a trilingual translator in the multifunction scene, directly communicated with DJs, Surfers, Rock band in Japan. First came to China as a translator of Japan’s rock band “GLAY” for Beijing concert in 2002. I moved to Shanghai in late 2003, began to act as a DJ in Shanghai from 2006. Organized Japanese duo with Nakazawa from 2011 and carried out “Asian Vibes” at various Shanghai clubs

As the founder of Arcane, the largest DJ Network on YouTube, he laid out an entirely new path for a lot of famous DJs and producers and changed the way people are accessing the world of EDM.

Moving in a new direction, Styline followed the growing energy from the East, taking on a prestigious and coveted residency at M1NT Shanghai, one of the most exclusive clubs in Asia.

Bringing his wide variety of the latest international trends to the DJ Booth, he started developing his own very unique “Power House”-Style, that is lifting the nightlife to a completely new level.

With over 1 Million subscribers on YouTube, 200,000 followers on Facebook and over a year of touring all around the globe, Styline’s new mix of driving house grooves is truly international and in high demand.

Arriving in Shanghai and quickly drawn to the city’s vibrant underground scene Roo soon found himself working alongside many of Shanghai’s best artists at some of the cities top venues. Known for being able to turn his hand to almost any style he also promotes regular bass music nights and house and techno nights that have found regular homes at Dada, Logo, Lune and The Shelter while being asked to play regularly at venues like Lola, M18, Arkham, MYST Amber and many many more in Shanghai and across China as well as performing at Shanghais MIDI festivals for the last 3 years.

How to Get a Taxi in Shanghai

what people say about shanghai?

What Should I Watch?” | To Live by Zhang Yimou