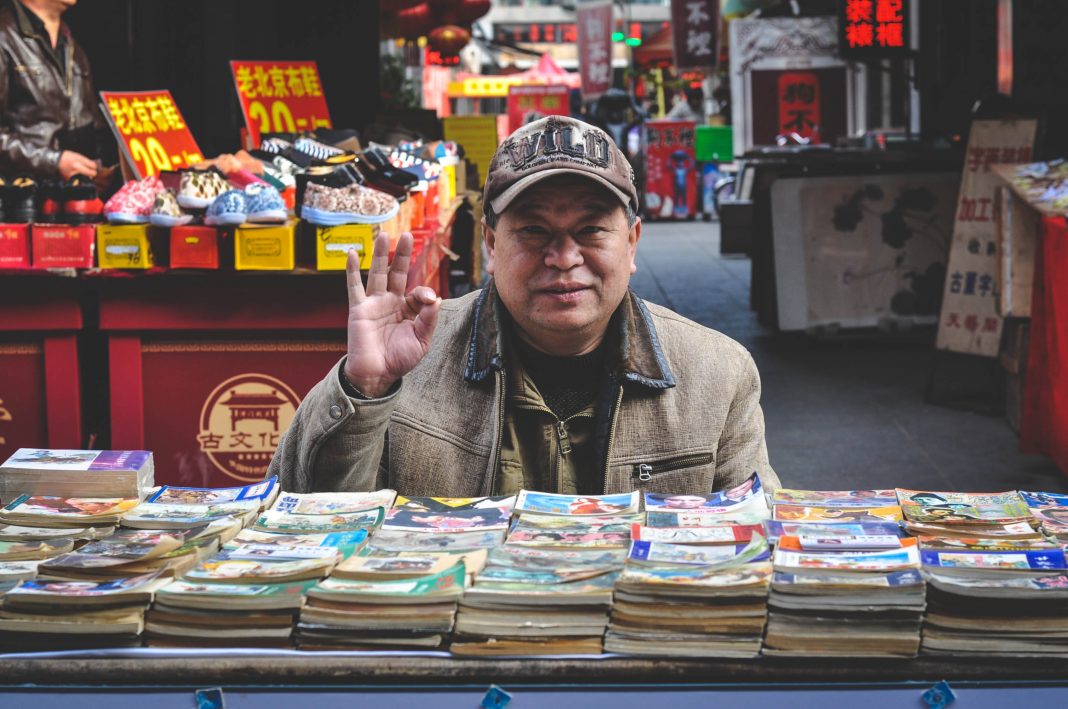 Chinese is an important language in today’s era, especially in business, economy, and trade. It is also one of the official languages ​​of the United Nations. However, there is something special about the Chinese language that you should know: “Chinese is not just one language.”

China is a great country that has a variety of cultures and languages. Maybe a lot of people only know Mandarin when talking about the language in China, but that’s not true. Because apart from Mandarin, there are various dialects ​​that are spoken in China, including the Hokkian dialect, the Cantonese dialect, the Shanghai dialect, and so on.

The Chinese language world is actually a group of languages ​​and dialects, which, in some cases, are so different from each other that a person who speaks a Cantonese dialect may not be understood by people who speak the Shanghai dialect. Vice versa. To put it simply, many Chinese people can’t talk to each other because the “Chinese” versions they have are so different.

So when you want to travel to Chinese territory, first understand their culture and language. For example, if you’re going to go to Hong Kong, you better learn Cantonese dialect rather than Mandarin. Because in Hong Kong, the majority of people are speakers of Cantonese.

Meanwhile, when you want to visit Shanghai, you should also learn about the Shanghai dialect. But parts of Shanghai society also have Mandarin skills.

Here enjoyshanghai.com will provide a brief guide to the language in Shanghai.

What Languages are Spoken in Shanghai? Shanghainese is a dialect spoken in the city of Shanghai and its surrounding areas. Compared to standard Mandarin, this Shanghainese dialect has a unique pronunciation, and it can be said that traditional Mandarin speakers hardly understand when communicating with people who speak Shanghainese.

So when visiting Shanghai, you are recommended to learn the local dialect, the Shanghai dialect, at least common words or phrases that you may need. But if you want, you can also learn Mandarin dialect because many people also speak Mandarin in Shanghai.

This is because most of the Shanghai population are expatriates, or immigrants from outside Shanghai, or even from outside China.

Apart from Shanghainese and Mandarin, the Shanghai people also have standard English skills (at least for some communities). This is due to the fact that Shanghai is the center of business, global trade, and economy, which makes people learn English.

And also in general, the people of big cities in China like Shanghai already have the ability to speak English, at least more than the ability of people who live in small cities.

Is Mandarin or Cantonese Spoken in Shanghai? Map of dialects of Wu: Shanghainese is in dark red, in the top-right
Photo source

China is a large country that has a very diverse culture, as well as its language. Indeed, the lingua franca in China is Mandarin (or also known as Putonghua), but Chinese has many other dialects that even differ from one another, both in terms of pronunciation, words, and phrases.

Examples of dialects in Chinese are the Mandarin dialect, Hokkien dialect, Cantonese dialect, Shanghai dialect, and so on.

Then are Cantonese, and Mandarin dialects also are spoken in the city of Shanghai?

Not both, the people of Shanghai speak more Mandarin dialect. One of the reasons is because Mandarin is the official language in China, so automatically, the Shanghai people also have to understand and learn it, at least to some level.

But apart from the Shanghai dialect and Mandarin, some people in Shanghai also have the ability to speak English. This is very reasonable because Shanghai is a bustling city, the center of the economy, business, and international trade. And also, most of the people of Shanghai are migrants, expatriates, migrants or business people who do not speak Chinese who come from outside Shanghai, even from outside China.

Is English Spoken in Shanghai?

It could be said that the Chinese people who have “fluent” English skills come from big cities, including Shanghai. But fluent means that they have conversational abilities at a certain level.

As a traveler, when you visit Shanghai, you don’t have to worry about having trouble finding a location or finding a destination. You don’t need to be afraid of getting lost in Shanghai, especially when you don’t have the ability to speak Mandarin or the Shanghai dialect.

Because when visiting Shanghai, a traveler will not find it difficult to communicate, especially at the airport, famous tourist attractions, at 4 or 5 star-hotels, famous restaurants, major shopping stores, and banks. Because the staff in such places generally have the ability to communicate in English, at least conversational and about their work.

In Shanghai, especially young adults and a growing number of children are able to speak basic English words and phrases like “hello”, “how are you”, “OK”, “thank you”, etc. But not many of them have conversational skills in English.

Is Shanghainese a language or a dialect?

Not only that, but Chinese language also is not just “Chinese”, because there are many dialect groups in it. These dialects also have differences from one another. Examples of dialects are Mandarin, Shanghainese, Cantonese, and others.

Sichuan Province uses the Sichuan dialect, Hong Kong uses the Cantonese dialect, while the people of Fujian Province make up the majority of speakers of the Hakka dialect. So each region may have its own local dialect, as well as the city of Shanghai, which uses the Shanghainese dialect or the Hu dialect.

So Shanghainese is a dialect, not a language. Because the official language or Chinese lingua franca is Mandarin. Therefore the Mandarin dialect has the most speakers in China.

Maybe when you visit Shanghai or other China regions, you don’t have time to study it, because maybe your trip was planned suddenly, or you were too busy. But don’t worry, there are many apps that can help and guide your language while in Shanghai. This application will make it easier for you to translate from Chinese-English or vice versa, namely English-Chinese. Or even from your national language.

The following are applications that you can use as your language guide:

To translate the Shanghai dialect, you can use one of the translator applications developed by Google. This application is equipped with a very sophisticated Artificial Intelligence, so it is beneficial when you use it.

This application is a rival to Google’s translation. This application made by Microsoft has a conversation feature, although the list of languages it has is not as comprehensive as that of Google Translate.

Microsoft Translator is integrated with many other Microsoft products such as Bing, Microsoft Office, SharePoint, Microsoft Edge, Skype, Internet Explorer, Windows Phone, and others. This, of course, will assist you in translating the Chinese text into your language.

As an alternative to Google Translate and Microsoft Translator, you can use iTranslate as your guide when traveling to Shanghai. This language translation application from Austria has a very simple way of operating. One of its interesting features is automatic voice translation.

The way it works is very simple, after setting the two desired languages ​​- Shanghainese and English, for example — the user can just touch and hold the button in the application, then start speaking in their own language. iTranslate will immediately detect what language it is and present the translation results orally.

From there, the user just has to touch and hold the button in the app again, then invite the other person to, well, speak again in their language. And iTranslate will again detect what language it is, then restates the translation results automatically.

When traveling, the feature you probably use the most is the Word Bank feature. In this feature, word sets are grouped into several categories. Users just have to choose what category fits the situation they are in.

For example, when you are in a taxi in the city of Shanghai, TripLingo will show you how to ask for the destination, the fare, and the estimated time to your destination. Users also don’t need to worry about mispronouncing it because each word is equipped with audio and pronunciation that are very easy to understand.

TripLingo also has a Slangslider feature. They provide alternatives in pronouncing sentences according to the dialect commonly used by the local population. So, good news! This application can help you to understand the local Shanghai dialect, Shanghainese.

The last feature, Cultural Info, provides brief information about the culture in a certain area. The aim is that users are not surprised and familiar with the differences in customs and habits that they will experience in other countries.

So this TripLingo has become a complete package to accompany your trip to Shanghai!