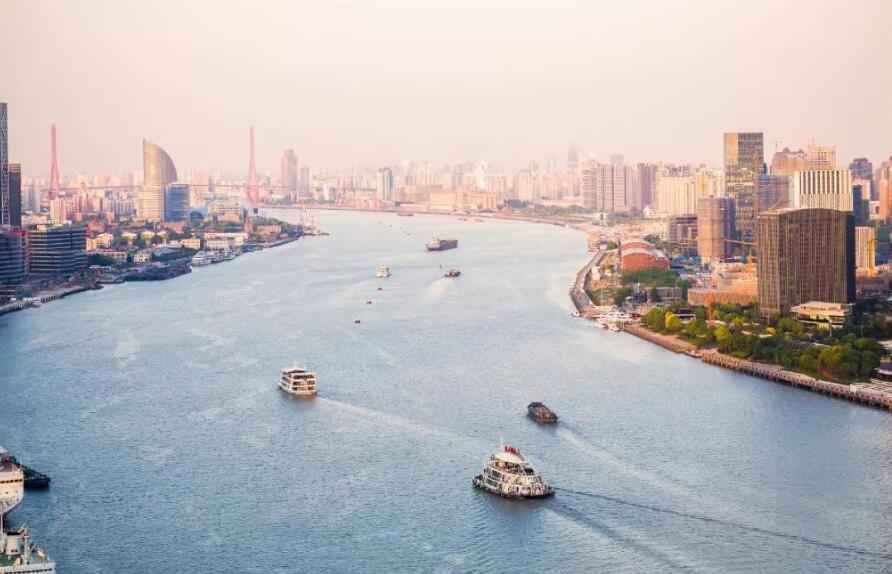 Are you yearning to get rid of the monotony of routine life? Looking for a breathtaking fabulous place to relax and change your mind? Well, the shanghai Huangpu river is the best spot to relax and enjoy the catchy sight of shanghai’s lifeblood.

In this article, we will consider everything one need to know about the Huangpu River. So read it thoroughly and get to know every detail of the River before visiting it. Only a few people know that Huangpu River came from the small village hidden in Shihuddang Town, located on the southern side of Songjiang District. Propelling along the Minta Road towards the west and exiting to the countryside reveals an open water body sparkling in the winter sun.

At the intersection of Wushe and Litahui town, the Xietangjiang and Yuanxiejing rivers meet together. Further, both of these rivers merge with the Hengliaojing River, formally the Origin of Huangpu River. A giant red number zero and a big rock dot the starting point of the River.

Formerly, the Huangpu River was Romanized as Whangpoo. One of the 4 Lords of the Warring sites, Lord Chunshen, is the founder and creator of Huangpu River.

A small park having green plants, stone bridges, and kiosks commemorate the origin of the River. The Chunshen Hall, built in the Tang Dynasty (618 to 907AD), is the exhibition center that shows the River’s real history. However, during the Ming Dynasty (1368 to 1644 AD), the two stone lions were used to protect the hall. Moreover, the exhibition center is also a chapel to the Chunshen Governor Huang Xie, who governed the territory throughout Wuyue.

Huang, during his reign, also guided his people to manage water and avoid floods in Songjiang. He scoured a channel that began from Taihu Lake in Jiangsu province, Songjiang city, and past old Jiaxing and bumped into South River that merged into the sea. So later, the residents renamed the South river top Chunshen or Huangpu River in king’s memory.

The average length of this man-made River is 113 kilometers. The width is 400 meters, and the River is 9 meters deep. It serpents its passage through the shanghai city and divides into the Pudong and Puxi, the two sections in the east and west, respectively. How beautiful is Huang Pu River?

The magical Huangpu river flows across shanghai and cuts it into two paths, i.e., Pudong in the east and Puxi in the west.

Pudong in the eastern bank is developed during the last few decades. It’s a place to give rise to new businesses and boats several great steel and glass towers such as the shanghai tower, Jinmao tower, the shanghai Oriental TV Pearl, and the Shanghai World Financial Tower.

Puxi in the western bank is the home to the exhibition of different International architectural style buildings and tourist spots.

While taking a tour to the Huangpu River Cruise, check out some of the British’s great buildings during the shanghai occupation. Some of these giant buildings are of the Bund, Baroque, boating Gothic, and Romanesque.

Which River runs through shanghai?

Huangpu River runs through Shanghai city. Although it is highly populated with industrial wastes and domestic discharge, it is still the big water source in shanghai. Various solid waste and industrial resource recovery operations are promoted to ensure environmental cleanliness.

Which River is called the mother river of shanghai?

The largest River passing through shanghai is Huangpu River, also known as the mother river of shanghai. The River is the source of pure drinking water in shanghai, as it passes through different purification processes. The Huangpu River comes from the great Yangtze River, which crosses Shanghai before entering the South China Sea.

Today, the Huangpu River is the favorite tourist spot and a place of buzzing tourist business.

How do you get to the Huangpu river cruise?

There are several cruise choices, each having different sizes, amenities, and capacities like Mingxin, Mingxin 1, Mingxin 3, Mingren, Pujiang Sightseeing 6, Pujiang Sightseeing 12, Captain 2, Captain 3, Captain 5, and China Unicom. Some boats are decorated in a modern and trendy style, while others exhibit a traditional Chinese look. Usually, the cruises can hold about 80 to 1000 passengers. So pick up the boat, depending upon your needs. To get to the Huangpu River, Choose either a 30-minute cruise or a 3 1/2 hour cruise. The cruise begins from the wharf near the Bund. It moves along the Huangpu River to move towards the Wusongkou International terminal after reaching the Bund again from the River’s opposite side.

Currently, the 50-minute classic cruise is very popular to enjoy the panoramic view of shanghai. Travelers can enjoy the majestic beauty of International buildings in the west along with the spectacular skyscrapers of Lujiazui in the east.

The facility of cruises is readily available all the time, i.e., day and night. We suggest you take a cruise at night when the Huangpu River is covered with twinkling neon lights.

A word of advice:

The best time to visit the Huangpu River

The best seasons to take a tour to Huangpu river cruise are from March to May and September to November. However, the best visiting time is between 11 am to 9:30 pm.

Several Huangpu river cruises depart during day and night, so choose the one to your convenience. If you are short on time, don’t worry, you can smoothly sail through in only an hour. Besides, many travel companies can efficiently adjust cruise timing for you.

Whenever you travel it shanghai, don’t miss out on the chance to visit the Huangpu river cruise. It’s the best way to praise the beauty of Shanghai’s colonial architecture.

Are you ready to have a trip to the Huangpu River? Must visit and share your beautiful experiences with us in the comment section below.

Is Disney’s “The Lion King” For Laowais, Too?

The Shanghainese App That Conquered America