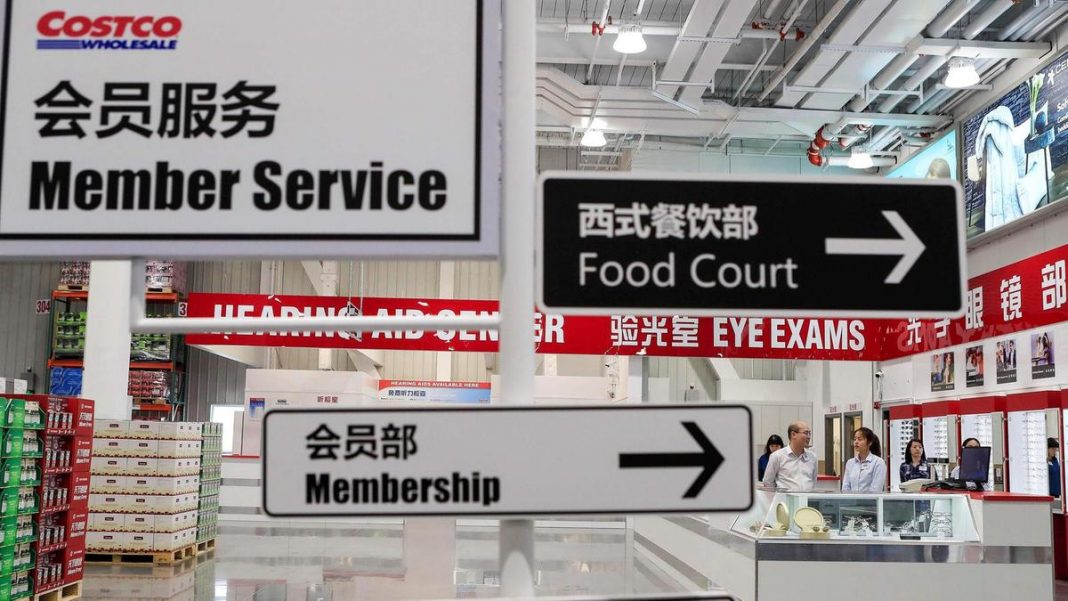 Costco Wholesale Corporation is a wholesale business that sells a wide variety of goods. This giant retail company based in the United States operates a warehouse that contains products ranging from food, electronics, automotive, hobbies, outdoor equipment, clothing, health to furniture.

The broad reach of Costco’s sales seems to be in line with the retail giant’s financial performance. The company now has 782 stores and over 99 million members worldwide, which is a positive influence on the company.

Costco is one of the three largest retail companies in the United States (US). Its annual sales can reach more than USD93 billion. Their business model is unique because it can achieve brilliant success without spending a lot of money on advertising.

There are a number of unique reasons why people want to visit Costco. First, smart stock-keeping practices, including being the first member retail to offer a bakery fresh food section, refrigerated produce area, fresh meat, and seafood. Another unique thing about Costco as a retail company is its membership system.

Costco’s mission in the membership warehouse business is to continue to provide good quality goods and services at the lowest possible prices to members. Costco’s business model is to generate high sales volume and fast inventory turnover by offering members low prices on limited and branded products and selecting private labels in several categories. Costco management believes that rapid inventory turnover occurs when a combination of operational efficiency is achieved with volume purchasing, efficient distribution, and a self-service warehouse. Costco’s strategy is to offer branded and high-quality merchandise at prices below traditional wholesale, discount retailers, and supermarkets. To carry out this strategy, Costco purchases nearly all of its merchandise at volume discounts from producers, not distributors. And the stock is usually sent directly to the sales warehouse to minimize shipping costs.

Costco warehouses are often located in industrial locations or other areas because property costs are smaller. Stock items are either placed directly on the sales floor or still stacked on pallets, reducing handling and storage labor.

The Costco company is also flicking through factories around the world to produce items with the appearance and quality of well-known branded products. They will then sell it at a lower discount than the well-known brand. The discounts and offers offered then make Costco increasingly popular and favored by many people. When asked whether the discount would hurt the company, Andree Brien (Vice President of Costco) said the opposite. Discounts provided by Costco can be done because their shopping costs are reasonably cheap. Remember, Costco never buys many different products so that there are fewer choices of types in the store compared to competitors. Therefore, these costs are transferred to their discount programs.

Costco also has a very generous return policy on the products it sells. Costco did this to gain trust and loyalty to its customers. Costco is very confident in their product. This company has an “any return – anytime” guarantee.

Costco emerged as one of the most admired retail brands, with a turnover of millions of dollars in various countries. Their international warehouse is designed and implemented to equip Warehouses in the USA. From food courts to hardware stores, Costco maintains company coherence with a high level of product variety from local and international products.

Does Shanghai have Costco? Yes,  the people in Shanghai could already enjoy the deals, offers, and discounts at Costco.  Until now Costco has opened 2 branches in Shanghai — in the Minhang district and also the Pudong district. Costco Minhang is Costco’s first branch in mainland China. After the success of Costco Minhang, which was shown by the great enthusiasm of the people of Shanghai, Costco has also opened their second branch in Shanghai, namely in Shanghai’s Pudong New Area. Costco Pudong is nearby to Kangqiao metro station, one stop on the way to Shanghai Disney Resort.

Costco’s success in Shanghai is obvious. This is evidenced by the rapidly increasing number of Costco Shanghai members. The enthusiasm of the people of Shanghai is also getting bigger, this is shown by the very long queues when entering Costco Pudong and Minhang.

Currently, Costco Shanghai does not have a website, only nationally based, namely the Costco China website. To get the latest information about Costco you can visit their official website at Costco.com.cn or Costco.com. On this website you will find a lot of information about Costco such as their history, how it works, regulations, membership, deals, offers, and even discounts.

You can also find the products they provide on the official website. Maybe you need to visit their website before visiting Costco Shanghai in person so that you know better what products they offer.

A full explanation of Costco membership has also been explained on the official website. But EnjoyShanghai has summarized information about the membership of Costco Minhang and Pudong in Shanghai.

The company based in the United States has opened its first branch in China, namely Minhang and also Pudong, Shanghai. Don’t forget to register and join the Costco membership program to be able to experience the deals and discounts offered by this giant retail company. Quoted from their official website, Costco has two membership levels.

This business membership can only be owned by business owners or heads of non-profit organizations or government agencies. You will be asked to provide business identification when registering for this Business Membership.

If you have this Business card, you will also be given 6 other secondary cards that can be used to buy cards by your family members who are over 18 years old and live at the same address as you.

As reported from the official website of Costco China, the annual membership fee of the main card to be paid is ¥299, or about US$45.

Same as the Business Membership Card, to be able to register for Gold Star membership, you must have a minimum age of 18 years. For an annual fee of US$45, it is available to individuals in select jobs or groups. It is also open to those without a business. This membership includes the same wholesale price offered to business members. The annual fee will be fully refunded if the member is not satisfied.

As with a Business membership, you will be charged ¥299 or approximately US$45 in annual membership fees.

But there are several membership requirements that must be met:

How is the shopping experience at Costco Shanghai? You will get a unique shopping experience when visiting Costco in any city, including Shanghai. Especially in Shanghai, sometimes Costco only accepts about 2000 customers a day, and even shoppers have started line up starting at 4.30 AM to be able to enjoy the discounts and offers at Costco. To be able to enter Costco, you must have a member card, and if you don’t have one, you are required to create one and choose the type of member you want according to your budget and needs. Because when you want to enter, there is a staff at the door asking you to show your member card. Likewise, when you are at the checkout, you will be asked to show your member card. If you don’t have it, you have to register it, or you can’t shop at Costco.

The shopping experience at Costco is different from shopping at shopping centers or other retailers such as Carrefour, Walmart, and others. Because at Costco you will find items that are arranged up high like in a warehouse, even have large refrigerators to store goods for sale. But take it easy, you will still be able to achieve or get the items you want. One thing that is unique about Costco is that this company was once referred to as the King of Discounts. Because wow, they don’t hesitate to give offers and discounts to their loyal members. Continuing to shop at Costco is also cool because there are special staffs who prepare certain food testers. There are also a lot of food testers, such as cheese, milk, meat, noodles, depending on the conditions and offers from the company. On Saturdays and Sundays, there are more variations of the tester, but there are also more people who come, so sometimes you have to queue long to get and try free food.

The ultimate guide of fake markets in Shanghai