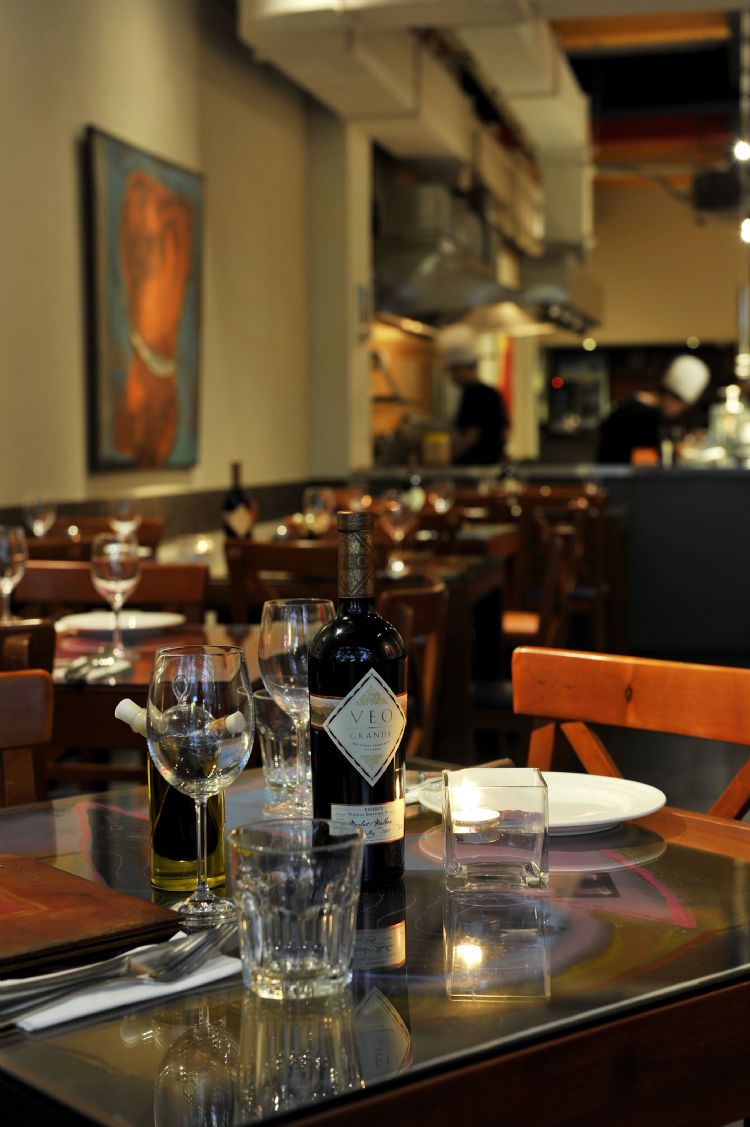 Enjoy Shanghai members are entitled to a complimentary bottle of house wine during their first visit to Haya’s Mediterranean Cuisine (when ordering two main courses at dinner). During every further visit they receive 10% off the total bill. Call 400 8836 569 to find out more about Enjoy Shanghai membership.

If Dagu Road acts as a weathervane to the city’s wider dining scene, then Haya’s Mediterranean Cuisine has long known which way the wind is blowing.

Exorbitant rents and cut-throat competition make the street notoriously difficult to survive in, resulting in a revolving door of openings and closings. “I’ll give them three months,” said one Dagu Road restaurateur to me at the launch party of a prospective rival last year. Bang on cue, the business folded and the premises re-opened as a girly bar called ‘Nightshift,’ which itself expired within three months.

And Dagu Road was an entirely different beast eight years ago when Israeli-born Haya Ronen was looking to branch out from her catering business. The attractive street-long wooden decking and water features were still several years away, as Ronen recalls. “We just liked the location because it’s almost halfway between HuaiHai Road and Nanjing Road. In fact, it was the first place we looked at, and there wasn’t a single other restaurant in the whole street back then.”

Initially a trailing spouse to a husband in the diamond business, Haya started a delicatessen and bakery in Gubei selling the kind of falafel, kebabs and shawarma for which she has become famous. Soon after, she opened a non-retail bakery site in Songjiang District, today managed by her son and which still supplies the vast majority of speciality breads – bagels, laffe, pita and the like – to the city’s Western restaurants and supermarkets.

“In the beginning it was a very hard financially,” she recalls. “The expat market wasn’t anywhere near the size it is now, and local people had little knowledge of this kind of food.” Calling the restaurant “Mediterranean” also helped to broaden its appeal, avoiding the kind of pigeonholing that “Israeli,” or even “Middle Eastern” might create in customers’ minds.

“Well, we don’t have an exclusively Israeli cuisine anyway, because we are largely a land of immigrants so we have absorbed influences from everywhere,” says Ronen. But she adds that some of menu’s dishes, such as the latkes (fried potato pancakes stuffed with cream cheese) are specifically native to her small hometown just outside the coastal city of Netanya.

And among the more unusual pleasures of Haya’s menu is the Israeli wine (pictured), sourced from the region of Galilee in the north of the country. Anyone familiar with the kind of cheap Shabbat wine routinely passed over on a Friday night dinner table, will be pleasantly surprised at the quality of these reds and whites. Haya’s sells bottles for  RMB188 – 250 and half bottles for RMB96.

And yet despite her success, Haya is still to be found in the kitchen every lunchtime and evening, personally overseeing every dish that goes out. “I think I’m the only real chef from the Middle East who actually works in a kitchen in Shanghai!” she says. And while waitstaff are usually among the most transient of employees, Haya’s two longest serving staff have been with her for seven and six years respectively.

Unsurprisingly, there’s little motivation for curtailing such a winning formula. “I don’t know how much longer we will be here for, but we have no plans to leave in the forseeable future,” she told Enjoy Shanghai.

Top 25 Best Buffet Restaurants in Shanghai You Must Try

5 Vitamins to maintain you this winter

11 Things You’ll Need In Shanghai (and Probably Nowhere Else)