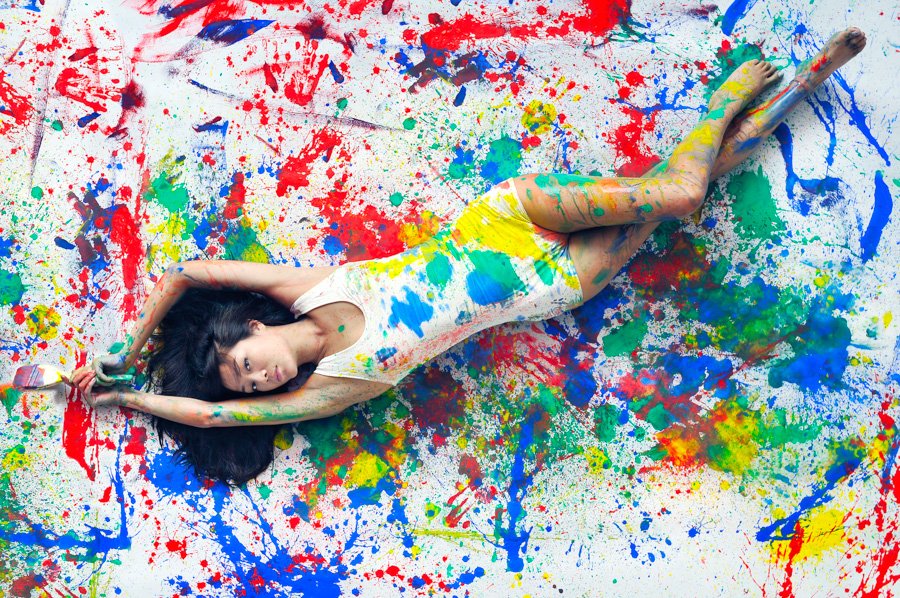 A French photographer in Shanghai with an eye for hidden talents has put together a series showcasing 60 Chinese women from all walks of life. Each portrait is designed to highlight what they feel makes them unique, and it’s just become a Kickstarter project.

You’ve got admire the guts of the photographer who can stop any girl on the street, strike up a conversation, and walk away with that precious snapshot of a genuine smile, instead of a face full of pepper spray or an overprotective boyfriend in hot pursuit. Most will flub at least one step. They can’t muster the courage to face rejection (can anyone?), they creep everyone out, and/or when the time comes to take the picture, they forget to check their settings and walk away with nothing. A blurry unusable mess that puts a bullet in the hope of ever introducing themselves as a “photographer.”

Shanghai-based photographer Thierry Coulon doesn’t seem to have much trouble with approaching people on the street. Or does he? “Actually I know that if I don’t do it right in the moment I may shy away,” he told us. “And then, as soon as eye contact is made, I have to talk to her, otherwise it might become a bit awkward. I also have my shy days… I guess it just depends on the mood of the moment. And better take a chance than regretting it for the rest of the day.” One reason he avoids the pepper-spray/boyfriend combo could be that he doesn’t just schmooze his way into a snapshot and then walk away. Instead of telling the girls what he envisions for them (“babe I’m gonna make you a star”), he asks them to design a whole shoot about themselves. It’s kind of like taking their selfie for them. In fact, he says, he’s even pitched it that way.

They pick a time, a place, an idea, a concept, whatever they want, so long as it reflects something important about them. Some choose to shoot in their favorite location, at a university or on a rooftop. Others dig their teeth into the opportunity for a no-holds-barred shoot with a professional photographer, choosing a more high-concept premise, like an edgy fashion look or something involving a lot of paint. It’s about making the shoot suit her, and not the other way around. Seems like it’s paying off, too, because he’s compiled 60 of his most impactful portraits into a series called simply China Girl. 48 of those pictures have never been shared or published before. His models (can we even call them that? Participants?) are from all backgrounds and all walks of life, found via social media, contacts and yes, on the street. The portraits vary in style, but they’re all about the women we see around us every day. The portraits can speak volumes, but Thierry didn’t stop there. “I have witnessed so many changes during the past 16 years I have been living in China,” he says. “The rapid economic growth has changed the context in which women evolve. They are holding now a major role in society and so I came up with the idea of a ‘Proust Questionnaire’ to get a deeper insight and know them better.” For those of you that don’t know what a Proust Questionnaire is, you’ve probably read one in Vanity Fair. It’s a series of questions about a person that reveals their character. Favorite music, favorite virtue, favorite superhero, what you hate about yourself, what you look for in a partner, Nutella or peanut butter, etc. Pictures may be worth a thousand words, but straight Q&As have a wonderful clarity to them. Or so we tell ourselves as we slave over keyboards every day. Anyway, what do the interviews tell us about these diverse beauties?

“Food and air quality are shared concerns amongst all the girls,” he reveals to the shocked gasps of absolutely no one. “But some other questions tallied very unexpected answers which are to be discovered in the book!” The book he’s talking about is the subject of his Kickstarter campaign, aimed at getting all the images and interviews published in a coffee table book. He says that if it does well, he might consider similar projects in the future (Asia Girl? Laowai Girl?). Most importantly, though, he says that if the project is funded, the money will also go towards a 3-year scholarship for two girls from ethnic minorities who would otherwise be unable to get their primary education.

So, a good cause, inspiring pictures, and super-secret answers. Thierry’s not giving any spoilers, but we’re aching to read the bit from Chen Bo, a member of the Shanghai Police Bomb Squad. If you’d like to pitch in (and automatically receive a signed copy of the photobook), you can do so on the China Girl Kickstarter page.

Shanghai vs Hong Kong, Which City is Better?