Travel, Dining, Nightlife, Jobs, Classifieds, Events,Business Reviews, things in Shanghai
Home Articles NightLife Yongkang Road Is Getting Shut Down And That’s Not All 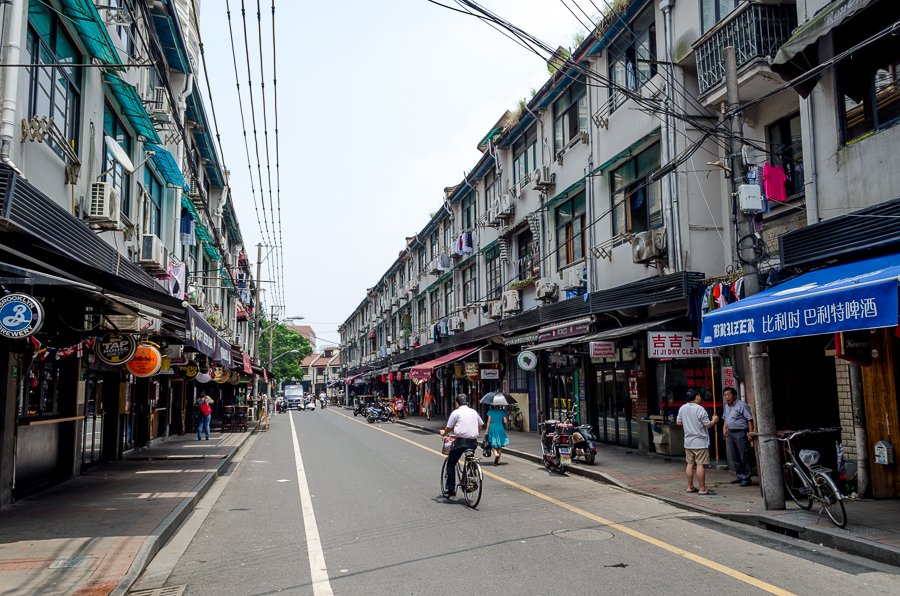 Unless you’ve been living under a rock (or you don’t give a hoot about the city’s bar scene), you’ve probably heard about a big announcement from Xuhui’s district boss Bào Bǐngzhāng himself that Yǒngkāng Road (YKL) must be closed by the end of the month. That part has gotten a lot of attention, but just as note-worthy is the fact that the same article pointed out a much more aggressive scheme for redevelopment of the district.

In addition to that notorious haven for street-side revelry, the article pointed out that the renovation and refurbishment effort is pretty much Xúhuì-wide. Mr. Bào said that the problem with many of areas in Xúhuì was that they were oversaturated with businesses, and full of what’s being called the 5 Illegals; illegal use of land, illegal construction, illegal pollution (both environmental and sound pollution), illegal residence and illegal business. He wants to make sure that the buildings are preserved, recover the historic environment, increase the amount of green space, make areas more comfortable for living, and reduce overcrowding in public areas.

That reads like a who’s who of your leisurely weekend stroll through the FFC. To name just one Shanghai stalwart on these streets, Avocado Lady is right on that intersection of Wūlǔmùqí Middle Road and Wǔyuán Road.

That’s not all, though. The article also mentioned Dōnghú Road, Héngshān Road, Wǔkāng Road and Gāoyóu Road might be getting some TLC. What this means for these streets is unclear right now. We spoke to Michael at Xinle Burger (yes, that Xinle Burger), who said that there might be some new building codes that need to be followed, but that wholesale shutting down of places wasn’t likely unless they’re operating illegally, without a license.

Best case scenario, there might be some closures and even more bamboo scaffolding. The worst case scenario is that some of these roads will go the way of Shǎanxī South Road. But the point is, it seems there’s more to this gung-ho government initiative than just Yǒngkāng Road’s impending doom.

The reasons mentioned in the article are the usual ones; the street is too loud. The businesses are operating illegally. The bars extend out onto the street too far. It’s too close to a school. It was never meant to be a bar street in the first place. It’s too out of synch with Shanghai’s general shift towards sterile, organized shopping districts or culturally preserved, actually livable spaces (depending on who you ask). It’s a wretched hive of scum and villainy, representing the very worst that laowai in Shanghai have to offer. The reasons have been done to death already. It’s not the first time YKL has been threatened with closure. Just a few months ago, authorities went through and trashed anything that was past the curb, and it wasn’t the first time for that either. We talked to some people on the street earlier today. Sting, from Dean’s Bottle Shop, said there’s talk of YKL shutting every summer. He doesn’t feel like this time is going to be any different than usual. But, he pointed out, they’re a bottle shop and not a bar, so they’re not likely to be affected by the crackdown on bars. There’s a similar “ain’t got nothing to do with us” vibe from a lot of the non-bar locations, like Café del Volcan and Griffin Coffee. That’s not an unreasonable feeling, considering the article specifically mentions curtailing alcohol selling businesses, so people in other sectors might be in the clear. We didn’t get a chance to speak to the owners of the table store.

So is it for real this time?

Most of the bigger places feel pretty confident that the only ones who’ll actually get shut down are the unlicensed businesses.  “The unlicensed and incorrectly licensed venues will be closed this month – which in my estimation make up about 60% of the street,” said Todd Pearson from Camel Group (Blarney Stone, Sliders, El Luchador and Topolino). He said, since those venues are fully licensed, they’re confident they’ll make it through fine. “In the past it’s all been talk… but I’m sure the unlicensed venues will be closed,” he added. Benjamin Blaise at Le Café Des Stagieres echoed the sentiment. He says the older venues knew the local government would try shutting down YKL from the very beginning, adding “we’re confident our paperwork is in order, we’re confident we know China, but we’re also confident that we never know.” He said there are too many businesses packed onto the relatively tiny street and that’s what was making it unbearable for the local government. Mr. Bao specifically mentioned Yǒngkāng Road, by name, and said it needs to be shut down by the end of this month. That’s fairly close to a guarantee, even for China. The question is, what happens next?