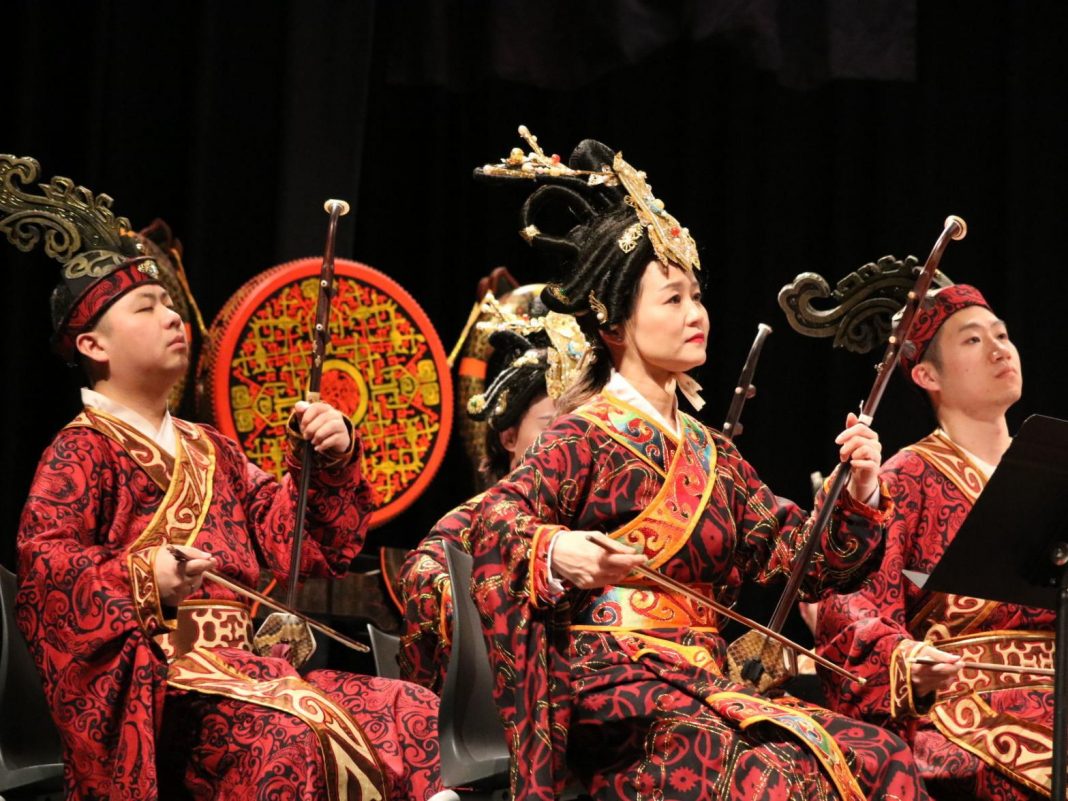 Although there are currently many modern songs in the Bamboo Curtain Country, Traditional Chinese songs still have a lot of enthusiasts because of the peculiarities that are the main attraction for listeners.

You can listen to it on several platforms such as YouTube, Netflix, Video, Google Play Music, and so on.

A Brief History of Music Development in China Before discussing the related traditional Chinese songs, you should first know a brief history of its development.

Music in China is famous since the Zhou Dynasty, namely in 1122 BC-256 BC, which is evidenced by the discovery of ancient artifacts and documents.

Music in China itself was first established during the Qin Dynasty, which developed widely under the leadership of Emperor Han Wu Di.

After that began to be influenced by foreign music, especially in the Asian region. But now there are various types that can combine into melodious strains.

In China, music that was first introduced was made of bamboo pipes or better known as flutes arranged similar to the sound of birds. Gradually, various musical instruments continued to develop with other melodious tones.

China has the world’s oldest musical instrument shaped like a flute made of crane wings with a red crown discovered in 1986.

It is currently located in the Museum of Henan Province, Zhengzhou. Besides that, there are also other ancient & traditional Chinese kinds of music that you need to know, here are the review:

Along with the development of the era of ancient royal musical instruments found in several royal tombs, there is also evidence of its existence, such as the images on the walls of several Dunhuang caves and in oasis cities, especially in the Central Asia region.

Traditional Chinese songs tend to have a distinctiveness because they are performed just on certain occasions, but are also heard during leisure or other moments. Here are some reviews of which you need to know:

The Duke of Zhou created the music that was invented during the Western Zhou period after the collapse of the Shang Dynasty, which received the support of King Wu of Zhou. This type of music is a depiction of the power of the upper-middle-class society.

Yayue’s influence has spread to several types of royal songs in East Asia, for example, Gagaku (Japan), Nha Nhac (Vietnam) and Anak (Korea). This music is played at state events that are more devoted to aristocrats.

This Chinese traditional song explains the myth of spirits or ghosts in the New Year, which brings various bad luck. That way, it is necessary to carry out various traditional rituals so that they are kept away from harm. This is in line with the Chinese New Year itself synonymous with red which has a specific purpose.

During the Chinese New Year, there is a belief that using red and making loud sounds is intended to scare off ghosts or monsters called (Mian Shu). This underlies the installation of some supporting ornaments such as lanterns at home, and so on.

The title of this song has the meaning of wishing for happiness or prosperity. The author is named Chen Gexin, who comes from Shanghai, China. The story behind the creation of this song has a significant history in celebrating China’s victory and freedom from Japan, after the war in 1945.

The war had an influence on Chen Gexin’s song, who at that time was imprisoned for composing a song on the theme of patriotism. This song was even composed while he was in detention for 3 months.

This song contains hopes and prayers because the title itself means joy. The simple words in it convey the wishes of the singer that, to always be happy and be filled with luck in life.

One of the lyrics has the meaning of giving wealth and health because, in Chinese culture, these two things have an important role in life. This song is often used as an opening greeting in the new year.

It is a Chinese-themed song with a romantic genre. Its creator, Wang Bowen, is a young, multitalented singer, apart from pursuing this field, he is also an accomplished actor career and table tennis player.

Because of You is one of the traditional Chinese songs that is popular among young women who like the romantic genre. Currently, it is often played at Chinese New Year celebrations, the fans come from many backgrounds and various ages.

The next famous Chinese traditional song is Decent, which was sung by a woman from Dalian, Liaoning Province who then lived and settled in Canada. Apart from singing, he is also adept at playing various musical instruments.

Until now, the song Decent is still a favorite of many people, the intensity of its playback will increase when the new year arrives. For those of you who want to listen to it, you can try to look for it on YouTube, etc.

This song tells about the excitement of the Chinese New Year. Several lyrics refer to the sounds of a combination of traditional musical instruments. Like ding dong, it is a combination of gongs and Simba, so besides enjoying the song, you can guess the musical sound.

Traditional songs are closely related to musical instruments that show the uniqueness of an area, the sounds from them have a characteristic that does not necessarily exist in modern types. There is nothing wrong if you try to listen to it when relaxing or hanging out with family.

This traditional Chinese song has a meaning to boost the spirit in welcoming a prosperous new year. Simply put, it is about arranging a better day ahead than before so that they can shape a better future.

Living a certain life requires enthusiasm to be more prosperous, in this case, for example, a horse that has superior power and speed, using this power human can hope better, hope that humans can organize a better day than before.

The name of this song has the meaning of a new year reunion, the singer is a sibling — Nick Chung and Stella Chung. The lyrics tell about the gathering of beloved families during the new year with various kinds of dishes and foods.

This song emphasizes the beauty that is formed from being together when the whole family gathers without focusing on each other’s busyness. A banquet is one of the mandatory things that must be present at this happy moment.

This song is perfect for you to listen to when you want to create a new resolution better than before. The lyrics will add excitement, even though it was a long time ago. Still, it is no less good than today’s modern music that has developed in the audience.

Listening to uplifting songs usually will have a significant influence on making listeners motivated to get up even more. Currently, you can access and listen to Hao Jin Nian Geng Hao by taking advantage of technological advances.

Along with the times, nowadays many traditional Chinese songs blend with the modern. It follows the times and music tastes of the people, here are some of them:

Those are some romantic semi-modern Chinese Traditional songs that have deep meaning so that the audience can be carried away even to tears. For those of you lovers of romantic stories, it will be very suitable to listen to them.

In other words, traditional Chinese songs have lovers of all ages today. The music and the storyline in it can bring the listener as if experiencing the story that is being told. As a result, not a few people will be touched.

20 Best Spa and Massage in Shanghai you must try