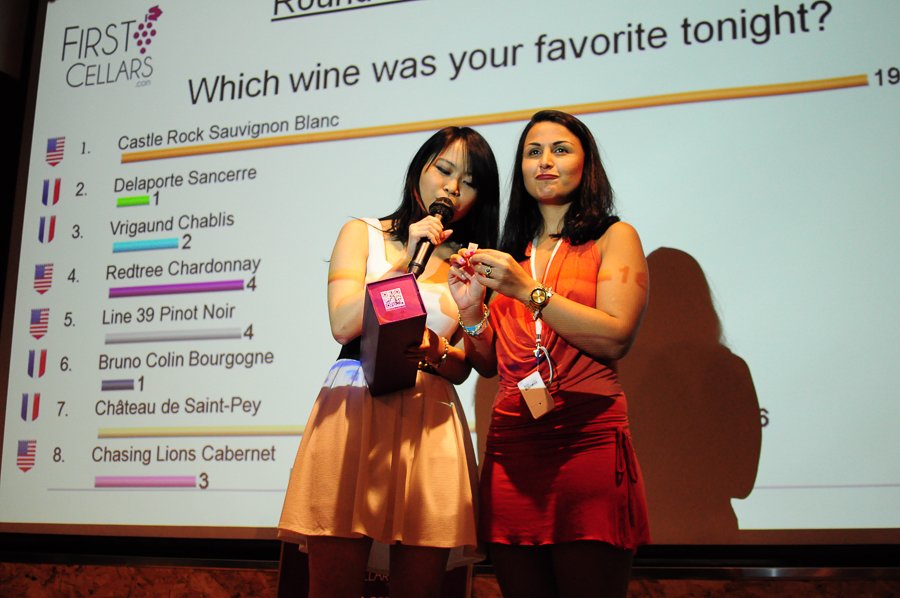 Last night was Round 1 of Fight Night, organised by First Cellars for the amusement of Shanghai’s baying, wine-thirsty mob, and ladies and gentleman, what a night it was. A titanic throwdown between two wine giants, two towering colossi of the vine, heavyweights, crowd favorites, blood rivals. Two countries enter, one country leaves. We might’ve gotten some red on us, but it was all for wine and country.

In one corner, weighing in at a monumental 8,000 years of wine-making history, the reigning champion in China’s public opinion, moustache waxed, cheese-platter ready, the wine capital of the world (according to them anyway), la France.

In the opposite corner, weighing in at a mere 300 or so years in the vineyards, was the world’s favorite plucky underdog, already with an impressive win record, wearing Stars and Stripes boxers because of course it was, the US of A. Instead of a ring, the fight to the death took place in Shanghai’s newest open-plan entrepreneurial theme park, naked Hub. Instead of boxing gloves and shattered noses, the fight between these two countries was settled with the most democractic method possible; a general vote.

There were four rounds with two mystery wines each, and at the end of each round, the wine with the most votes won. Pretty straight-forward. Using nifty little pocket-calculator-looking voting devices offered by Wolfpack Response Ltd., the results were gathered in realtime and presented on a screen.

The evening started off with a little primer vote. Simple question: which wine do people prefer?

Round One got quickly into swing with a pair of whites, as people milled about, wine-glasses in hand, making for a very cultured atmosphere, totally at odds with the deadly-serious, life-and-death entertainment of the evening. The first round ended, punctuated with the quiet beeps of people voting, with a general concensus that wine number one was clearly not French. Sure enough. And a pretty convincing 1 – 0 to the Americans.

Round Two started as the last few glasses of Round One’s wines were polished off. Another white, and the fight was just as one-sided. 2 – 0 to the only country (apart from the UK) that prints its flag on underwear. But still another win for the US, 3 – 0. Now the only question was whether France would go down swinging.

Round Four was another red round, quite fitting for the last bout of what seemed like a pretty brutal thrashing for the French. As the evening progressed, it seemed there was a wine scarcity. It’s unclear if this was because there wasn’t enough wine to go round for all 50-plus attendees or because the voters had abandoned the “one per person” policy in favour of just getting drunk. For the final round, that French fighting spirit proved itself alive and well. A strong showing from who else, Bourdeaux, the champion of French wine in mainland China, fought its way to a face-saving victory over its Californian rival.

So after a surprisingly exciting evening of democratic bloodsport, all the results were in. Several bonus prizes had been handed out between rounds, the finger food had been wolfed down, and businesscards surreptitiously exchanged hands because hey, this is naked Hub. Overall a fine night’s entertainment, and a novel way to enjoy wine in the company of people who do the same. But in the end, there could be only one winner. With an unexpectedly narrow margin of only 10 total votes difference, the United States managed a TKO and was announced the winner of the first Fight Night. Allegations of voter fraud will no-doubt surface; the total number of votes per round seemed to flutter between 50 and 59. With a total of 24 missing votes, the results could have actually been quite different. We’ll never know. God bless the United States of America.

Next up? Italy vs. Spain. Dio mio. The only journalist covering the event was blacklisted for reporting it.