Travel, Dining, Nightlife, Jobs, Classifieds, Events,Business Reviews, things in Shanghai
Home Articles How to Get That Free WiFi on the Shanghai Metro 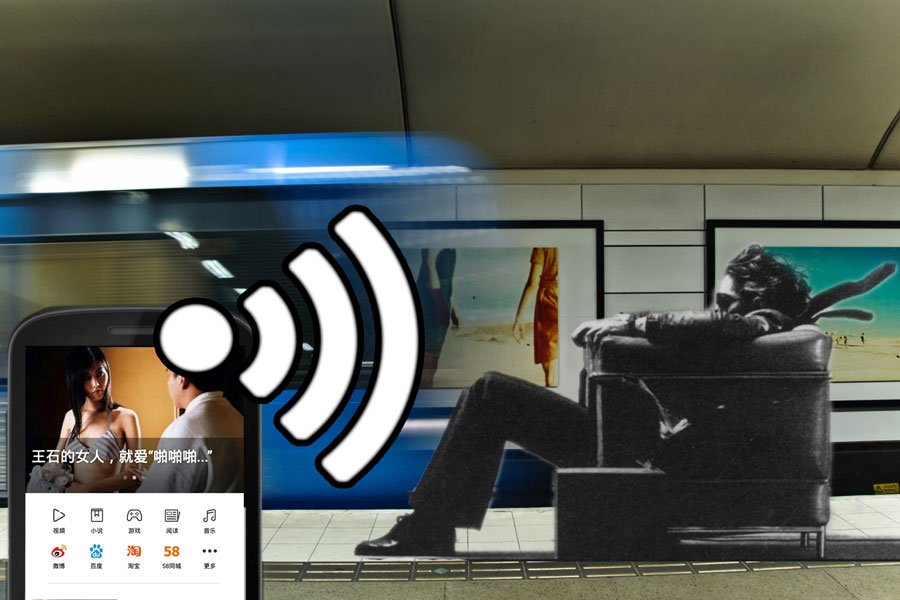 1)    Simply connect to the 花生地铁WiFi 2)    Type in your phone number, get a text message with the verification code and voilà – enjoy (probably) the fastest Internet in all of Shanghai!

Websites were pretty damn fast. They loaded up within seconds, and apps were very responsive. Honestly, it’s better than our office internet. There were some problems maintaining the connection when walking between platforms (like changing from Line 3 to Line 8), but the speed was pretty consistently fast!

Now, VPN connection; it was quite decent. Posting photos on Instagram took only a few seconds. YouTube videos loaded surprisingly fast, we could watch it right away.  So, in case the Internet connection in your office sucks, the metro platform might be your new workspace.

For Android users, it’s a bit more difficult. For technical reasons that we’re certain couldn’t be avoided, users of the Android persuasion have to download an app. The process is fairly straightforward; 2)    Hit the “download” button on the browser window that opens. 4)    The app will open, scroll past goodliness, change and possible to 3. 7)    Input your phone number, click the button to receive your code, enter that and then hit the big yellow button. Congrats, you’ve installed a piece of bloatware that has exactly one purpose, unless you find a need to run one of the apps available in this app inside of the app. Apperception. So how’s the speed?

We tried this on a Samsung Galaxy S5 and the speed was fairly good overall, though definitely stronger on the platform than in the tunnels. Speed tests were unreliable, showing a fluctuation between 0.5 Mbps and 9 Mbps within minutes of each other, but websites opened swiftly in our browser and we downloaded a 5.8 MB video of Charlie Sheen from a WeChat group in less than a minute while between stations. Chinese apps such as Baidu Maps and Dianping worked like a charm, as did Bon app. We had some success with getting our VPNs working (Astrill and ExpressVPN) at first, but they soon dropped out and refused to connect. Of course, that could be a problem with the VPN and having nothing to do with the metro wifi.

Overall, not half bad.

Maybe this won’t bother you, but it pissed us off royally; the app has a little widget that’s impossible to remove from your notifications panel without going into the app manager. It just sits there, even when the app is off. You have to force stop the app to make it go away. Again, not a problem for some, but for Galaxy users already sensitive to bloatware clogging up our phones, it touched off a real nerve.

How the world gives thanks