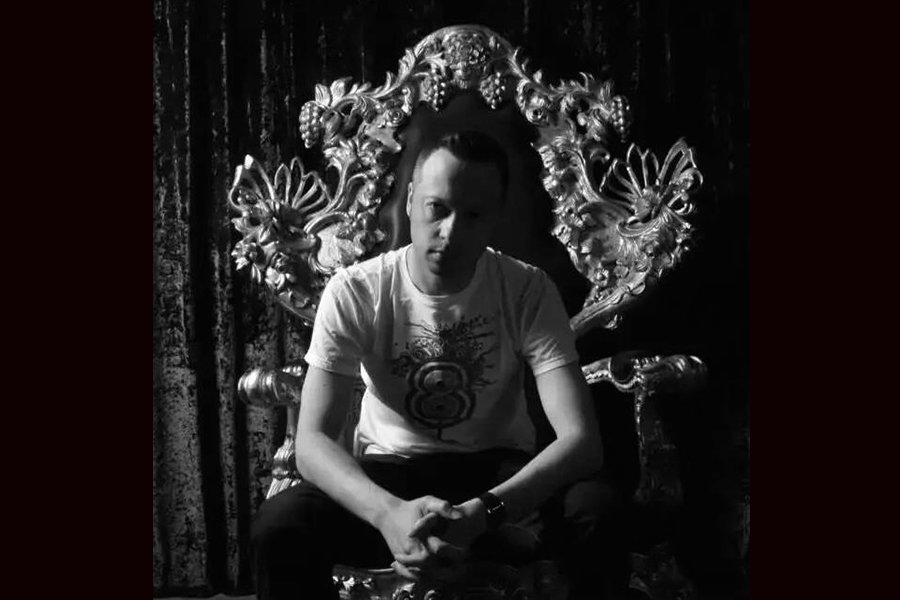 Simon, or DJ Simon Adams as he is here, is from England and has been in Shanghai for many a year, spanning a well-spun spinning career.

He can currently be heard playing at The Parrot, Where Supperclub, Bonobo and T8, and has previously played at venues such as Hakkasan, Dozo, The Ritz Carlton, Pudong, The Peninsula and Armani Privee, Hong Kong.

One of the easier DJs to chat to, we asked him about the things that are on our mind when we look at those in the booth.

DJs are known for not liking to play anything “commercial”. Is that true? What do you think? Do you mind playing commercial tunes?

Well, that’s an interesting theory, but I guess there must be DJs who enjoy commercial tunes, otherwise the ones at M2, MYST etc. must be in the worst job imaginable.

I don’t have anything against commercial music as a whole, as good and bad examples can be found under any music style, but I do have issues with music that’s poorly produced, and / or music which prioritises styling and special effects over musical talent, and / or music that’s made with the sole purpose of sounding “louder than the other guy”, all of which unfortunately seem to plague tracks found in the commercial / pop / EDM type genres more than any other.

Looking at things from a broader perspective though, there is a time, a place and an environment for all types of music, so provided all the elements at a given event (crowd, lighting, venue size, décor, sound system, music etc.) match and work together as a whole, the entire experience will make sense and feel right (even if the music style is not necessarily something you would normally listen to).

Preferences for specific music genres, remains largely personal choice, but the job of the DJ, regardless of the genre, is to be able to sort the good from the flawed, appropriate from inappropriate, and to know what to play, as well as where and the right time to play it. What are the weirdest or most annoying requests that you’ve had from a venue or from a punter?

A stumbling, intoxicated middle-aged man holding out his glass, complaining he couldn’t taste any alcohol in his drink, and demanding I add more vodka, once approached me at the DJ booth, mid-set.

It took three times of me pointing out that he was actually standing at the DJ booth and the bar was in fact on the opposite side of the room before he finally realised.

Another instance at a small corporate event, which I’ve never forgotten from around 12 years ago, was when a young lady leapt out of her VIP sofa, frantically pushed her way through the crowd to the DJ booth with her phone to her ear, asking that the music be turned down so she could take “a very important call”.

Luckily for me, some guests standing nearby overheard her demands, and were extremely vocal in their disapproval, gathering around her until she eventually gave up and went outside to take her call. Interestingly enough, I didn’t see her again for the rest of the evening.

In a time of champagne bars, French people and 150 RMB cocktails, where is still genuine in Shanghai to go to dance?

Totally an after-hours venue, and it’s everything such a place should be: located in a basement, zero gimmicks, dark, low ceiling and a punchy sound system.  Expect slamming techno and tech house until well into the following day.

Definitely one of a kind, very much built for music enjoyment, and frequently plays underground music that extends way beyond techno and tech-house.

You get the best of all worlds: A dancefloor, a solid cross-section of DJs, and astonishingly good cocktails that don’t cost 150 RMB.

It’s simple, stylish, has a good-sized dance floor and is discreetly marketed as “clubbing for grown-ups”.

It may be towards the upper price-point, but go when they bring guest DJs, as they pull in some of the best international bookings in town.

Such occasions may be rare, but they’re totally worth it.  Questlove, Louie Vega, Joey Negro, Gregor Salto, and Osunlade have all graced Unico’s stage.

A tiny little venue hidden away in north Jing’an. When they have a good DJ in the booth, this place is a diamond in the rough.

Decorated wall-to-wall with owner Dave K’s 150,000-strong vinyl collection, music getting piped through vintage studio monitors, as well as sometimes being broadcast live on internet radio makes this place feel like a shrine to good music. Recommend for us a few good DJs and where we can go to listen to them.

One of the founding members of Yeti, Allan invariably carries a collection of solid tunes to his gigs.  Allan’s longer sets are a treat to listen to; he spans various genres, and throws a few surprises in along the way.  Catch him at Elevator and Smash

One of Shanghai’s godfather figures, and one of the very first to introduce non-mainstream dance music, and international acts to China.  In his record bag, you’ll find timeless disco, soul and funk rubbing shoulders with the very latest, yet to be released house tracks.  Catch him at Meka Lounge, The Parrot and URVC.

A cheeky, charismatic French dude with impeccable taste in music.  Charp’s one of a few key people who’s played an active role in helping to broaden Shanghai’s music scene in recent years to include music styles that may have otherwise never made it here. Catch him at The Parrot, Smash, Elevator and Dada.

I’ve been playing music on and off alongside this guy for more than 10 years.  His music collection spans far and wide and he definitely knows a trick or two when it comes to igniting a dance-floor.  His sets are eclectic, classy and perfectly executed, so if you see his name on a flyer I would highly recommend going.

With a golden collection of Funk, Soul, Disco and House which he’s curated over his decades of global DJing experience, to say it’s a pleasure to hear this man at work is an understatement.

Catch him at URVC, Reel to Reel and Carmel (his own, soon-to-open riverside venue in Pudong).

How to terminate an employee in china: specific condition and terms