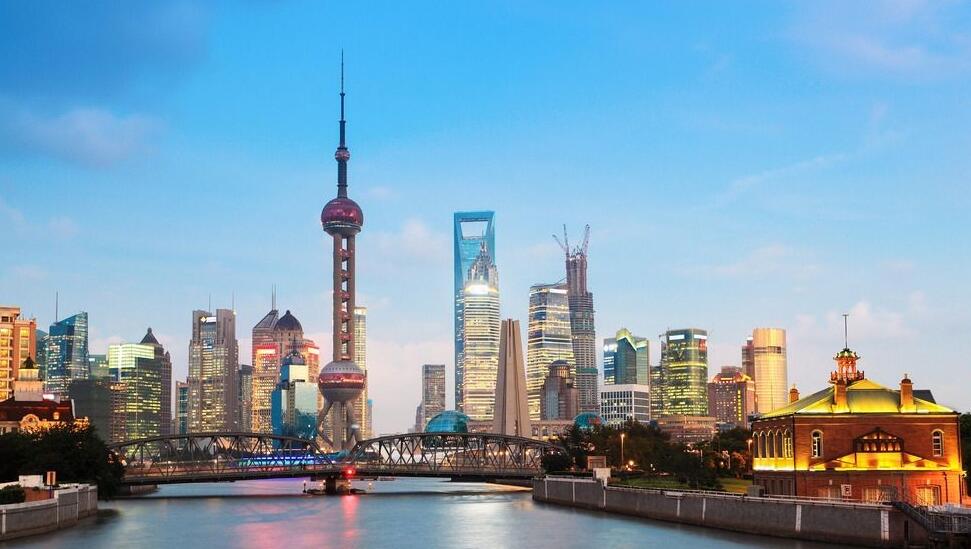 Shanghai’s strategic location has made this place bustling with visitors since the 19th century. Apart from being known as a trading center, Shanghai is also widely used as a tourist destination because this place has many popular and famous tourist attractions, especially those from historical buildings such as the Oriental Pearl Tower. Shanghai Oriental Pearl Tower is located in the Huangpu River delta. The river, with a width of 500 meters and an average depth of 12 meters, is always packed with tourist and commercial ships, so it’s no wonder that many tourists visit the tower.

Currently, the Oriental Pearl Tower has 153 floors with six lifts/elevators. This tall tower is not a place of settlement or habitat but can be used for recreation and entertainment.

For the floor inside the spherical sphere, the upper main sphere is decked with a revolving restaurant (360-degree restaurant) at the height of 267m, which takes an hour and a half to revolve. The big sphere below has entertainment facilities such as Game City, a small roller coaster, and others.

Five small spheres under two spheres above are used as hotels and inns. Hotels and inns are called Space Hotels, which in each sphere contains four rooms (so a total of 20 rooms).

On the ground floor, you will find the most comprehensive museum in Shanghai, the Shanghai History Museum. Near the museum, there are also other buildings, including a small shopping area, a theater, and more. The Oriental Pearl Tower Shanghai began construction on July 30, 1991, and was completed on October 1, 1994. The 486m high building was designed by architects from Shanghai Modern Architectural Design Co. Ltd.

The Oriental Pearl Tower’s architecture is unique, especially the spherical field at the top of the building, its trademark. At the height of 120 meters and 300 meters, there is a spherical part of the building connected to the other building, which resembles a ladder.

The 3rd tallest building in Shanghai has been transformed into an iconic landmark for tourists in capturing photos in Shanghai. With a panoramic view of the Huangpu River and the bustling The Bund, the Tower for TV and radio was completed in 1994.

Until now, the charm of Oriental Pearl Tower Shanghai has never been timeless. Standing at the end of Lujiazui on the side of Shanghai’s largest river, the Huangpu River, this architectural landmark has witnessed Pudong’s extraordinary transformation over the past decades since its development and opening project in 1990.

From the design to the construction of the Oriental Pearl Tower, it proves that things that are thought impossible become possible.

With a total of 11 spheres of different sizes connected by giant pillars, the structure of the Oriental Pearl Tower, rising 468 meters high, is definitely not a common sight in the history of Chinese architecture or even world architecture.

Jiang Huancheng, the chief tower designer, started this tower building project in 1986. With the idea of ​​creating a suit that could serve as a symbol of Shanghai’s modernization and development. Jiang and his fellow designers designed many sketches in the early stages of creation. They strive to make a breakthrough in terms of structure. Also, careful calculations are taken into account so that the tower can withstand earthquakes and typhoons.

Construction began in 1991 and officially opened to the public in November 1994. The appearance of the Oriental Pearl Tower was not only a visual excitement but also a major step forward in the history of Chinese architecture.

Interesting activities that you can do at the Oriental Pearl Tower

For tourists, the Oriental Pearl Tower Shanghai is one of the favorite destinations in Shanghai. This tower has a symbolic architecture.

If you visit this tower, there are six elevators that you can use to go up and see the view of the city of Shanghai from a height. Then there is also an elevator with a speed of 7 meters per second, which can accommodate up to 30 people.

To be sure, the beautiful scenery that will be presented in front of your eyes will not be missed. The most interesting thing is the peak that can monitor Shanghai’s city’s beauty from a height. The bottom of the floor is made of thick clear glass so that tourists can look directly down.

Oriental Pearl Tower or also known as Oriental Pearl Radio TV Tower, is a broadcasting tower. In addition, this tower is also intended for recreation.

The following are activities you can do when visiting the Oriental Pearl Tower:

You definitely don’t want to miss this out at all. Because in this Space Capsule Sightseeing, you will get an extraordinary experience to explore the mysteries of the universe and find other interesting facts. You will feel as if you are in outer space because things around you are related to outer space.

Another interesting thing is the fact that the Space Capsule Sightseeing is located on the upper sphere, so the atmosphere is even more interesting and fun. Don’t forget to take a photo to capture your Space Capsule moment.

This sightseeing floor is located on the upper sphere, so it is very suitable to be visited for those of you who want to see the beautiful and luxurious views of Shanghai’s city from a height.

This Sightseeing Floor is specifically for those who want to experience a unique and different Shanghai view from a height. So you can see almost all areas in the city of Shanghai.

You will see beautiful views from both sides of the Huangpu River, the tall buildings that rise to Shanghai’s sky, and other exotic buildings. Visiting the Sightseeing Floor at the Oriental Pearl Tower will give you very memorable and unique memories in Shanghai.

Do you like challenges and heights? Say less, and this Transparent Observatory is right for you to try.

This observatory is one of the unique observatories in the world because it has a transparent glass floor and challenges visitors.

But don’t worry, because the glass floor’s quality is very good, so it is safe for many visitors to walk on. The facilities at the Oriental Pearl Tower Shanghai are rated as very safe due to their well-established architectural planning.

Game City is located in a low sphere but is still considered the highest entertainment venue in the world because it is located on the 90m and 98m floors.

You can spend a lot of your time here because, in Game City, there are lots of games and entertainment that you can play.

This museum is complete because it provides hundreds of historical relics, miniatures of magnificent and exotic buildings, as well as more than 1000 pictures that show the original picture of Ancient Shanghai.

You can also learn about the history and development of Shanghai to date at this Shanghai History Museum. This museum is very suitable to visit to add interesting knowledge about Shanghai.

The Shanghai Oriental Pearl Tower is one of the destinations that you must visit while in Shanghai. Not only because of the uniqueness of the building’s architecture, but there are many things you can do in this building.

Visiting this Tower will be an unforgettable experience for both recreation and entertainment purposes. Don’t forget to visit all the facilities available at the Oriental Pearl Tower for an extraordinary experience.

7 Places To Pretend You’re In France This Bastille Day

Best 18 Chinese Restaurants in Shanghai Waiting For You